The White House says President Donald Trump wants to make sure that the Taliban group and Daesh terrorist group are defeated in Afghanistan. 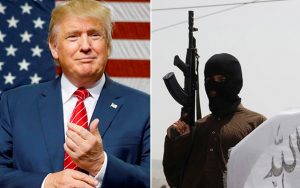 Afghan Voice Agency(AVA), In response to a question regarding the deteriorating security situation in Afghanistan, the White House Press Secretary, Sean Spicer, said “Well, I think number one, he wants to make sure that we defeat ISIS — that is something that is in our national security interests — and to make sure that we protect our people, but does so in a responsible, smart way.”

Spicer further added “I mean, he’s talked about not projecting where he’s going and what he’s going to do to let the enemy know ahead of time, and part of that guidance that his national security team is giving him are different pieces that you’re talking about. “

“How do we achieve those key outcomes?  How do we do what’s in the country’s best interest and utilize our military and our treasure to the best of our ability?  That is something that we’re continuing to work on and do, and that’s part of what he is getting briefed on and is implementing,” he added.

He did not disclose further information regarding the indications by the officials regarding Pentagon’s plan to send several thousand additional troops to Afghanistan.

However, he said President Trump wants to make sure that we do what we can to win.  “And that’s why he charged the generals and other military advisors and national security team to come up with a plan that can get us there,” he said.