A decision on whether to open a formal investigation of potential war crimes committed in Afghanistan since 2003, including possible wrongdoing by U.S. personnel, has been delayed, International Criminal Court prosecutors told Reuters. 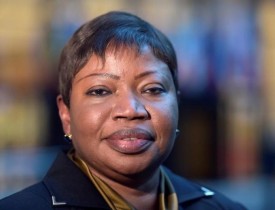 AVA- The decision on an investigation, which ICC Prosecutor Fatou Bensouda had said was "imminent" in November, was pushed back after prosecutors received "substantial" new information from Kabul.

In an email, Bensouda's office said it had received a large amount of new information from the government of Afghanistan that could influence her decision.

In a preliminary examination, ICC prosecutors identified what it called "potential cases" among three groups of alleged perpetrators: the Taliban and its affiliates, the Afghan authorities and members of the U.S. armed forces and the Central Intelligence Agency.

A formal investigation into whether crimes were committed by U.S. personnel in Afghanistan would hurt already tenuous relations between the ICC and the United States, which is not a member of the court and has in the past vehemently opposed it.

Bensouda's November report "triggered reaction, notably from the government of Afghanistan, which subsequently submitted substantial information to the office earlier this year," prosecutors said in the email.

That information, which probably covered local prosecutions of alleged crimes, is now being carefully reviewed. The ICC only has jurisdiction in situations where a member state such as Afghanistan is unwilling or unable to undertake prosecutions itself.

"When this review is completed, the prosecutor will make a final decision on whether to request the pre-trial chamber authorization to commence an investigation," the prosecutor’s office said. It gave no timetable.

"This has to be seen as a step down by the prosecutor’s office," said Kevin Jon Heller, an expert on the ICC and international law at Amsterdam University.

"It is very rare for Bensouda to say a decision is imminent and then not to follow through: her statements are usually carefully measured and deliberate," he said.

All NATO members contributed to the International Security Assistance Force mission to Afghanistan that ran from 2001 until last year. Forces from the United States and other countries remain in the country on a NATO training exercise