The Islamic State of Iraq and Syria (ISIS) terrorist group or Daesh has confirmed the death of its leader Abdul Bakr al-Baghdadi, it has been reported. 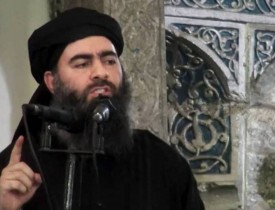 AVA- According to a local media outlet in Iraq, Al-Sumaria News, the terror group has confirmed al-Baghdadi’s death by circulating a statement in the town of Tal Afar in west of Mosul.

“Daesh organization (IS group) circulated a brief statement through its media in the (IS-held) town of Tal Afar in the west of Mosul, confirming the killing of its leader al-Baghdadi without giving further details,” according to the report by Al-Sumaria News.

Citing anonymous sources from Nineveh province, the media outlet said the terror group in its statement has called on its fighters to wait for the announcement regarding the new leader’s appointment and ‘to continue their steadfastness in the redoubts of the caliphate and not being dragged behind the sedition.’

This comes as the Ministry of Defense of Russia said last month that al-Baghdadi was targeted in an airstrike and was likely killed.

Russia’s defense said an investigation is underway to ascertain whether Al-Baghdadi was killed in an airstrike conducted late last month.

According to a statement by the Russian defense ministry carried in reports by the local media outlets, Al-Baghdadi was targeted along with at least 300 other insurgents and 30 top leaders of the terror group.

The statement further added that the airstrike was carried out on 28th May in Raqqa city.