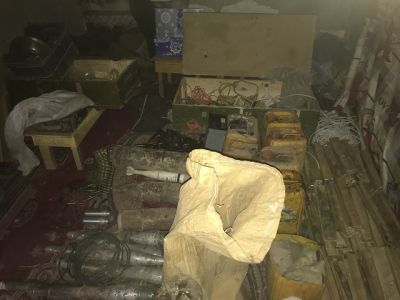 “The enemy is not safe anywhere in Helmand,” General John Nicholson, the commander of Resolute Support said. “We will come after them in everywhere in Helmand to help the people of Helmand expand their security, and try to return their livers to normal. We are here until the job is done.”

Taliban’s Red Unit is said to be heavily armed and disciplined with modern weapons.

This is second significant raid by 7th Special Operation Kandak Commandos against a Red Unit this year. On January 1, the commandos liberated five Afghans from a prison in Nahr-e-Saraj district. The raid also resulted in the destruction of over 1,000 kg of hashish, denying $3.4 million of illegal drug trafficking revenues to insurgents.