The MoI has worked on the plan for four months in order to map out the way forward for the ministry and the police over the next four years. 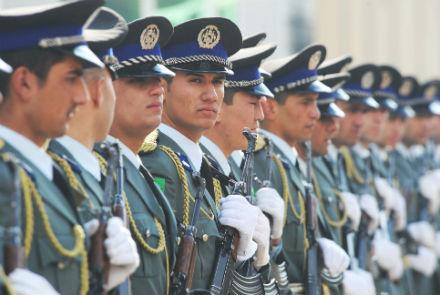 The Ministry of Interior (MoI) on Sunday unveiled its four-year strategic plan that will boost reforms in the ministry and within the structures of the Afghan National Police (ANP).

Key measures in the plan include the fight against corruption, the need for professional training of Afghan police forces and systematic reforms in certain sectors.

“Combating corruption, reforms in the ministry of interior, the establishment of an effective system and better training of police are among key priorities of the four-year plan,” said the minister of interior, Wais Ahmad Barmak, at the launch of the plan on Sunday.

The new plan is expected to be rolled out from Kabul and Herat provinces and within four years, the plan will be extended to all provinces across Afghanistan.

Representatives of donor countries, the European Union (EU) and the UN, along with the Afghan police welcomed the move.

“As we all know corruption reduces Afghanistan’s abilities to fight its enemies and this fight specifically against corruption is most critical in all law enforcement agencies of the country,” said Richard Riley Assistant Chief of Mission of the US embassy.

“We have introduced the systems in the ministry of interior to determine that these systems can work in the future in a sense that the systems are never sabotaged when individuals come and go,” said Barmak.

The MoI has worked on the project for the past four months in a bid to map out the activities of the Afghan National Police (ANP) over the next four years.
“We have outlined the necessary guidelines to all our lower ranks which include the police commanders and police officers and all other personnel to guide them how to work,” added Barmak.