TAPI 'A Milestone' In The Country's Development

While Afghanistan prepares for the start of construction of the Afghanistan section of Turkmenistan-Afghanistan-Pakistan-India (TAPI) pipeline in Herat province, economic commentators on Wednesday welcomed the project and said it was a milestone in the country’s economic development. 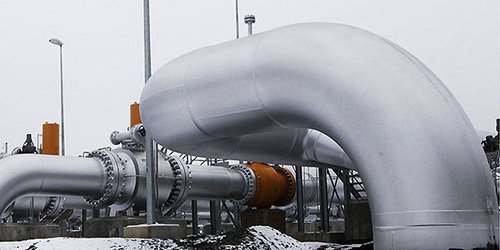 AVA- Residents across the nation have described TAPI project as a major breakthrough in Afghanistan’s economy along with that of the region.
They said the implementation of major projects such as TAPI will help lay the foundation for a sustainable economy.
Meanwhile, industrialists and religious scholars have also said the Afghan people in general must be mobilized to support the TAPI project.
“TAPI project is crucial for poverty alleviation and job creation in our country, we strongly support it,” said a resident of Kabul, Naqibullah.
“This project connects the countries, all people must support it, because it is in the interests of all Afghanistan,” another Kabul resident, Khairuddin, said.
“Today the industrialists and the people of Afghanistan are waiting for the inauguration of the project. This is beyond a project, this will lead to peace and stability in the region particularly in Afghanistan,” said Sakhi Ahmad Paiman, head of Afghanistan Industrialists Union.
According to factory owners, industrial townships in Herat will be the first to benefit from the project.
Meanwhile, the Ministry of Mines and Petroleum (MoMP) has said that Afghanistan is firmly committed to implementing its part of the project.
“This project belongs to the people of Afghanistan. This will create many benefits for the Afghan people and government. Therefore the people support it,” said MoMP spokesman Abdul Qadeer Mutfi.
TAPI will transport gas from Turkmenistan to Afghanistan, Pakistan and India via a 1,814km pipeline.
In Afghanistan, the TAPI pipeline will be constructed alongside the Kandahar–Herat Highway in western Afghanistan, and then via Quetta and Multan in Pakistan.
A ground-breaking ceremony is meanwhile expected to be held in Herat on Friday as construction on the Afghanistan section gets underway.
The final destination of the pipeline will be the Indian town of Fazilka, near its border with Pakistan.
Afghanistan is expected to earn $500 million USD in transit duties annually from the project.
The pipeline will be 1,814 kilometers long and will have the capacity of transferring 33 billion cubic meters of gas from Turkmenistan to Pakistan and India through Herat, Farah, Helmand and Nimroz provinces of Afghanistan.
Source : Afghan Voice Agency(AVA)
Thursday 22 February 2018 10:04
Story Code: 158723 Copy text available
A coalition air strike killed 12 civilians in Afghanistan's central Logar province, Afghan officials said Thursday.
Pakistani Taliban declare ceasefire to support peace talks
Annual human rights report of the UN High Commissioner describes situation in Afghanistan
Ghani insists on ‘reconciliation first with Pakistan’ to bring peace in Afghanistan
The Italian government contributed 4.3 million euros to eradicate polio in Afghanistan
Featured news
First Doctor Dies of Coronavirus in Afghanistan
ERW, landmines continue to pose lingering threat to Afghans' lives
Ventilator Built by Robotic Team Cannot be Used: Official
COVID-19 Cases in Pakistan Touch 3,277, Punjab Province Worst Hit
Afghan government says Taliban demanding release of 15 militants behind major attacks, which it can't
Peace deal with United States near breaking point: Taliban
1
Afghan Economic Growth Projected at 4% in 2021: ADB Report