A contract has been signed for the purchase of four more Mi-24 gunships with the financial support of the government of India for the Afghan Air Force, it has been reported. 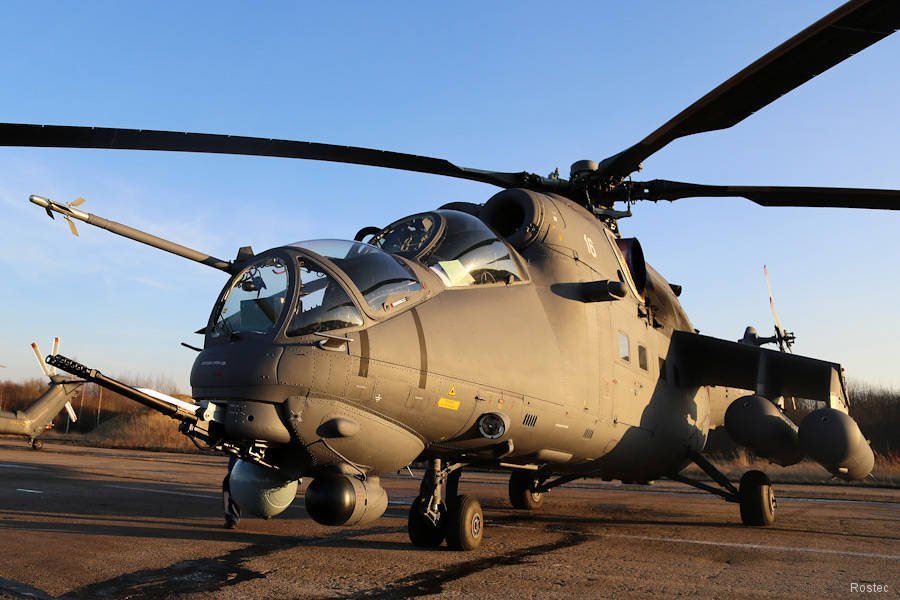 AVA- The new refurbished gunships are expected to join the Afghan Air Force in coming months as efforts are underway to increase the fighting capabilities of the Afghan armed forces.
Belarus will deliver the gunships to Afghanistan based on a trial agreement signed between the three countries earlier this month.
“We recently were able to sign a trilateral MoU…India will be paying for the four Mi-24s (which will be delivered) in the next few months. All the four helicopters (will be) paid (for) by India,” Afghan Ambassador to India Dr. Shaida Mohammad Abdali has told The Hindustan Times.
“India has been kind enough to agree to that request… Afghanistan will have ready helicopters that will be used in the coming season,” Abdali added, referring to the request of the Afghan government for arms supply.
This comes as India has previousy supplied four such gunships to Afghanistan but a number of them have been grounded due to technical issues.
In the meantime, efforts are underway by India to arrange the necessary spares to help make the grounded choppers airborne again.
India has played a major role in the reconstruction of Afghanistan since the fall of the Taliban regime and has invested over $2 billion in various reconstruction and infrastructure projects.
The construction of the major Salma Dam, the new Afghan parliament building, Zaranj-Delaram highway, and some other projects are among the key investments India has done so far in the country.
Source : Afghan Voice Agency(AVA)
Wednesday 28 March 2018 12:10
Story Code: 160775 Copy text available
Featured news
Abdullah will soon finalize list of ministerial nominees: spokesman
12 Taliban militants killed in Daikundi
Civilian Airport To Be Built In Nangarhar
COVID-19 Deaths Cross 1,000 In Afghanistan
Pakistan Opens Angoor Adda, Kharlachi Crossings
Over 500 Taliban-Requested Detainees May Not Be Released: Sediqqi
1
Strong and positive signal needed in Afghanistan's anti-corruption efforts: donors
2
‘Russian bounties’: payback or White House incompetence?
3
Taliban: ‘Anti-Peace’ Circles Drawing Links To Uzbek Jihadist Group
4
President Ghani Appoints New Envoy for Pakistan
5
Kabul To Host Third International Meeting On Peace
6
Sapidar Palace Surprised By New Governor Appointments
7
Ghani: 'Afghan People Will Have Final Say on Peace Process'
8
Dispute Over 592 Taliban Prisoners Solved: Source
9
Taliban Urged to End Violence Amid Hopes for Intra-Afghan Talks
10
MoFA: Families Should Identify Bodies Of Those Drowned In Turkey