President Xi Jinping on Sunday called for strengthened political, economic and security cooperation, as well as people-to-people exchanges between China and Afghanistan. 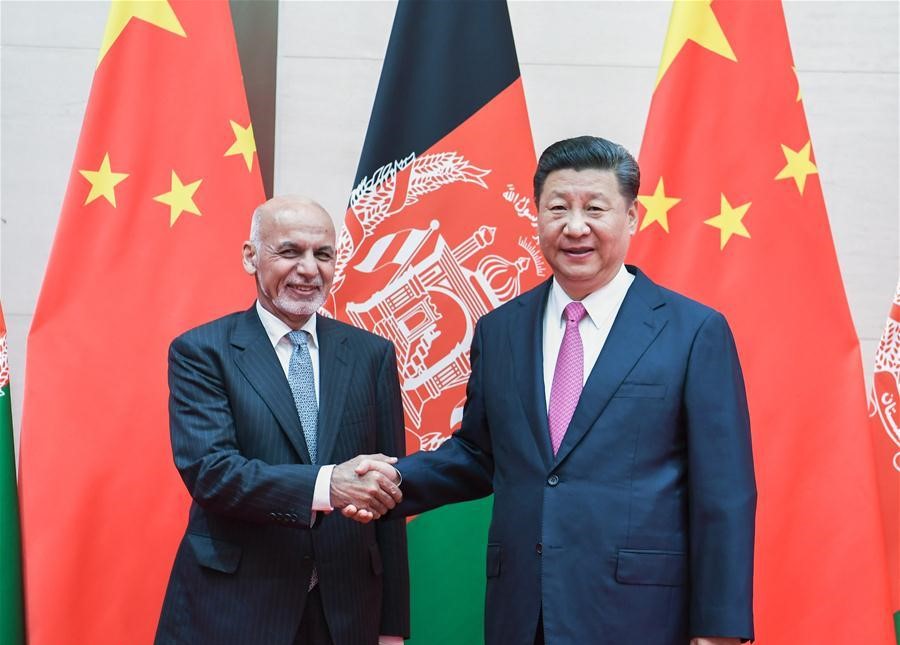 AVA- Xi made the remarks when meeting with his Afghan counterpart Ashraf Ghani, who is in eastern coastal city of Qingdao for the 18th Shanghai Cooperation Organization (SCO) summit. Afghanistan is an observer state of the SCO.
China and Afghanistan are traditional friendly neighbors that always understand, trust and support each other, Xi said, adding that consolidating and developing the traditional friendship with Afghanistan is the unswerving policy of the Chinese government.
He said the two countries should maintain high-level interaction, enhance exchanges between government organs, legislative institutions, political parties and armed forces, and strengthen local-level cooperation.
Calling on both countries to boost pragmatic economic and trade cooperation, Xi said China will continue to provide assistance within its capacity to boost Afghanistan's economic and social development, support its participation in the Belt and Road Initiative, and accelerate the promotion of connectivity with other countries in the region.
He said the two sides should enhance their anti-terrorism and security cooperation, and China will continue to firmly support the Afghan government's efforts in safeguarding peace in the country.
Xi stressed that the key to realizing Afghanistan's political stability and lasting peace lies in sticking to an "Afghan-led, Afghan-owned" political reconciliation process.
Hailing a peace initiative made to the Taliban by Ghani at the beginning of the year and his recent announcement of a temporary ceasefire with Taliban, Xi said China supports the Afghan government in promoting the reconciliation process and solving the Afghan issue through political dialogue.
Ghani extended his congratulations to China for successfully hosting the SCO Qingdao summit, which he said has outlined a promising future for the organization's development.
Afghanistan admires China's economic and social development achievements, and appreciates its great support for Afghanistan for a long time, especially its precious support for Afghanistan's peace and reconciliation process, Ghani said.
Afghanistan supports the Belt and Road Initiative and other proposals China made to strengthen regional cooperation, he said, adding that Afghanistan is willing to deepen Afghanistan-China cooperation in all areas and on regional affairs.