The Afghan army continued mopping-up operations against militants and killed 132 Taliban insurgents in latest raids on their supply lines and the group's mid-level command structure, the Defense Ministry said Wednesday. 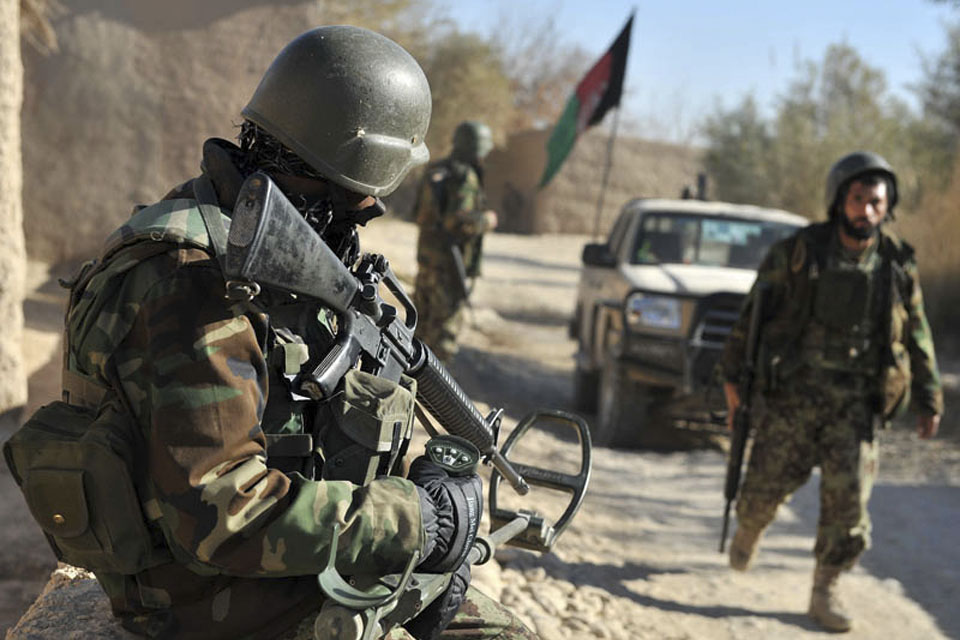 AVA- Some 132 militants were killed and 28 others wounded during military operations and airstrikes in Afghanistan since early Tuesday, the ministry said in a statement.
The Afghan army waged 10 military and cleanup operations and 89 night raids and small-scale operations led by army's commandos in 15 of the country's 34 province, according to the statement.
In southern Uruzgan province, 37 Taliban militants were killed and 14 others wounded during ground operations and airstrikes in Khas Uruzgan district.
Thirty-two militants were killed and two others wounded in similar incidents in Shah Wali Kot district of neighboring Kandahar province.
"A Taliban weapon facilitator named Mullah Ezatullah was among the killed militants in Shah Wali Kot operation and the security forces also destroyed two militants' vehicles," the statement said.
In southern Helmand province, seven Taliban militants were killed after army personnel supported by military helicopters pounded Taliban hideouts in Sar Boland and Trikh Nawar areas of restive Nad Ali district.
The security forces seized weapons and ammunition and destroyed a vehicle in the raid.
In Bala Buluk district of western Farah province, four Taliban were killed and seven others wounded and two vehicles were destroyed after the army's warplanes struck Taliban positions.
Twelve Taliban militants, including a Taliban divisional commander named Rafiullah, were killed and three militants injured during operations in Qara Bagh district and on the outskirts of provincial capital Ghazni city, of eastern Ghazni province.
More than 30 militants were killed and many others wounded in separate military operations and airstrikes elsewhere in the country.
The Taliban-led insurgency has been on the rampage since the beginning of 2015 when the Afghan security forces assumed full responsibilities of security from the U.S. and NATO troops.
The militants also intensified attacks against security forces and staged coordinated large-scale attacks against Afghan cities and districts after they launched a yearly rebel offensive on April 25.
Army bomb disposal squads also defused 128 improvised explosive devices (IEDs) and landmines within the past 24 hours, according to the statement.
The Taliban militant group has yet to make comments on the reports.
The statement did not disclose if there were any casualties on the side of security forces.
In addition, three militants of ISIS Terrorist Group were killed following two airstrikes in Manogai and Pech districts of eastern Kunar province.