We've been around for millennia, BE CAUTIOUS! Zarif warns Trump

Iranian Foreign Minister Mohammad Javad Zarif warns US President Donald Trump to be cautious after he threatened the Islamic Republic with incredible hardships in a Tweet. 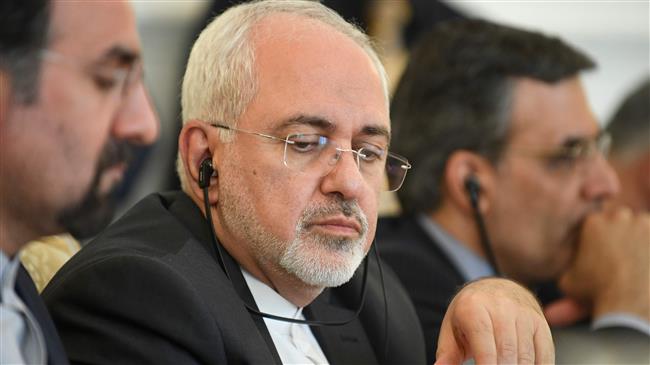 AVA- "COLOR US UNIMPRESSED: The world heard even harsher bluster a few months ago. And Iranians have heard them —albeit more civilized ones—for 40 yrs. We’ve been around for millennia & seen fall of empires, including our own, which lasted more than the life of some countries. BE CAUTIOUS! ," Tweeted Zarif on Monday.
Late on Sunday, Trump threatened Iran with what "few throughout history have suffered before."
"NEVER, EVER THREATEN THE UNITED STATES AGAIN OR YOU WILL SUFFER CONSEQUENCES THE LIKES OF WHICH FEW THROUGHOUT HISTORY HAVE EVER SUFFERED BEFORE," Trump wrote. "WE ARE NO LONGER A COUNTRY THAT WILL STAND FOR YOUR DEMENTED WORDS OF VIOLENCE & DEATH. BE CAUTIOUS!"
Earlier on Sunday, President Hassan Rouhani of Iran said the United States should know that peace with Iran will be the mother of all peace while war with the country will be the mother of all wars.
“The Americans should learn well that peace with Iran is the mother of all peace and war with Iran is the mother of all wars,” President Rouhani said in a series of sharp remarks aimed at the US.
Under the administration of President Donald Trump, the US has taken an increasingly hostile approach toward Iran.
On May 8, Trump unilaterally withdrew the US from a 2015 multilateral nuclear deal with Iran over the objections of Europe as well as Russia and China — the other parties to the deal, which is officially known as the Joint Comprehensive Plan of Action (JCPOA).
The withdrawal entailed not only the re-imposition of sanctions on Iran but also the so-called secondary sanctions on third countries. Some of those sanctions will take effect after a 90-day wind-down period ending on August 6, and the rest after a 180-day wind-down period ending on November 4.
Most recently, the Trump White House has announced that it seeks to supposedly bring Iran’s oil sales down to “zero.”
Iranian officials have said the US measures equal an “economic war” on Iran.
On Saturday, Zarif said the Islamic Republic has managed to thwart the Iranophobia plot hatched by Israel and the US through relying on the guidelines of Leader of the Islamic Revolution Imam Seyyed Ali Khamenei.