Afghanistan's security forces are failing to increase control in the war-torn country and Kabul remains apathetic to clamping down on rampant corruption, a US government watchdog said Tuesday. 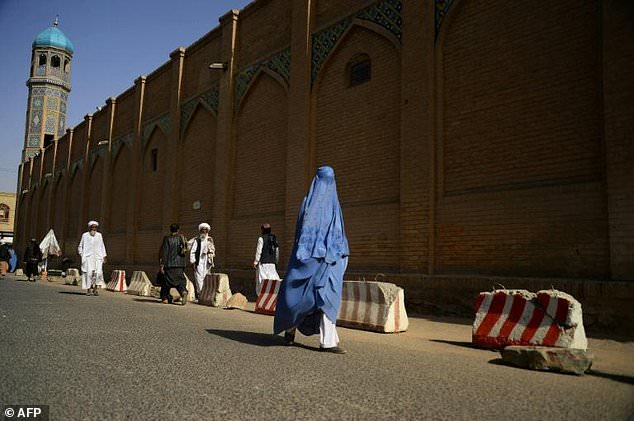 AVA- The latest report by the Special Inspector General for Afghanistan Reconstruction (SIGAR), which comes almost a year after President Donald Trump unveiled an overhauled strategy for Afghanistan, highlights persistent issues that have stymied progress for years.
SIGAR pointed to a US Department of Justice report that found the situation in Afghanistan to be "consistent with a largely lawless, weak and dysfunctional government" with many corruption cases languishing due to the lack of political will.
The report describes problems within the Anti-Corruption Justice Center (ACJC), established in 2016 by President Ashraf Ghani to prosecute major corruption cases involving senior officials or substantial monetary losses.
Afghanistan is one of the most corrupt countries in the world, according to Transparency International, with graft permeating nearly every public institution, including the military.
But instead of going after big cases, the ACJC has often gone after low-level offenders, SIGAR said, such as a case at a Herat passport office, where two officials were accused of bribery worth about $70.
At least three police investigators were murdered in the year since the ACJC began public hearings of high-level cases in Kabul, and staff live in fear of their safety.
On the battlefield, Afghanistan's security forces, as of mid-May, had failed to improve control and influence over the districts they held, and the amount of terrain held by the government has essentially remained the same for more than a year.
The Taliban meanwhile have also seen a slight drop in the amount of territory they control or influence, with more districts now considered "contested."
Trump last year unveiled a much-vaunted "South Asia Strategy" to tackle Afghanistan through a broader regional approach, including by pressuring Pakistan to do more to counter the Taliban.
The aim is to convince the Taliban through diplomatic, military and social pressure it cannot win and must reconcile.
In recent weeks, reports have shown that US officials have met with Taliban officials, though the US insists any peace process will be Afghan-led.
An unprecedented three-day ceasefire involving Afghan security forces and the Taliban last month had raised hopes that peace was possible in the war-torn country.
Tags:
South Asia Strategy Transparency International ACJC Afghanistan SIGAR US watchdog AVANews
Source : خبرگزاری Afghn Voice Agency(AVA)
Tuesday 31 July 2018 09:57
Story Code: 168062 Copy text available
Iran Condemns Deadly Terror Attack in Afghanistan’s Paktia
Turkish language center opens in Afghanistan
Afghanistan mosque attack: At least 35 Shia worshippers killed and 94 wounded in Gardez
Three die as Afghan midwife training center attacked
Gen. Dunford traveled to Afghanistan last week to assess progress of the Train AdviseAssist mission under the South Asia Strategy