The US government has no plans to pull US troops from Afghanistan because the years-long war in the country provides the Pentagon with an “endless” source of money, an American analyst says. 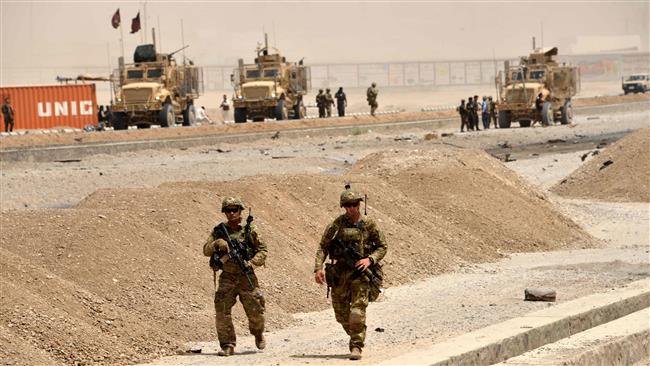 AVA- Brian Becker, the national coordinator of the A.N.S.W.E.R. Coalition made the remarks in an interview on Sunday, after US Army General Scott Miller replaced General John William Nicholson as the new commander of more than 16,000 US-led NATO forces in Afghanistan.
Upon taking the post, Miller said at the headquarters of the NATO-led Resolute Support mission that Washington and its allies needed to “adapt to the enemy” in order to defeat it.
Becker said the remarks by Miller shows “the thinking of the dominant faction in the Pentagon that is committed to continue the war in Afghanistan endlessly.”
“Since 2001 the US has occupied Afghanistan, bombed Afghan villages, killed Afghan soldiers and civilians, continued to abuse and violate the basic rights of self-determination of the people of Afghanistan,” the analyst said.
The US invasion of Afghanistan and the subsequent occupation of the country has dragged on for 16 years, costing the US economy more than $714 billion dollars, according to the Pentagon's Special Inspector General for Afghanistan Reconstruction (SIGAR).
The second longest war in the US history has also killed over 2,000 American soldiers and injured 20,000 more.
Becker described as “illusion” remarks by US commanders that Washington knew how to achieve victory in Afghanistan.
“There is no idea within the Pentagon establishment that military victory is either at hand or can be achieved anytime in the coming years or even decades,” he argued.
“The fact of the matter is the Pentagon wants to keep the war in Afghanistan going endlessly because it is a cash cow for the Pentagon and it is a source of endless financing from American taxpayers and gives the Pentagon a pretext to maintain military bases in most strategic parts of the world,” he explained.
“It’s not about winning in Afghanistan, it’s about sustaining a continued, enduring, constant and never-ending US military presence. That’s the real goal,” Becker concluded.