THE UK has deployed 440 more non-combat troops to Afghanistan to try and tackle the terror threat posed from groups based in the region, according to British Defence Secretary Gavin Williams. 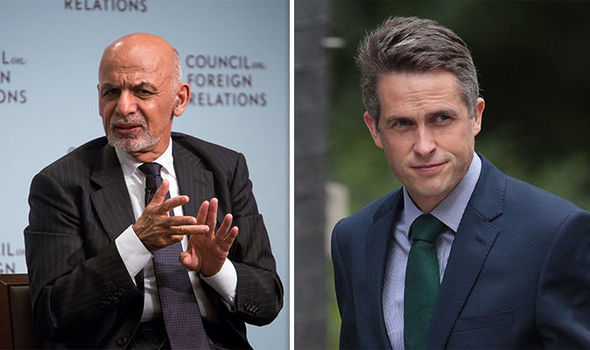 AVA- He said he “consistently” receives intelligence that ISIS in Afghanistan has “direct links” to terrorist groups in the UK.

These additional forces bring the total number of British troops in Afghanistan to 1,090.
Mr Williamson said: “What we see is a real threat posed by these groups to the United Kingdom and we have got to be acting as we are to ensure that we do not see future Manchester-style attacks.”
He made the comments during a three-day visit to the region, when he visited checkpoints in Kabul and Mazari-Sharif and met with the Afghan President Ashraf Ghani.
There are fears ISIS could instigate another terrorist attack on UK soil like one at an Ariana Grande content at the Manchester Arena in May last year, which killed 22 people and injured 139.
The Defence Secretary also noted the enduring threat from Al-Qaeda, who carried out the 9/11 attacks.
Mr Williamson indicated that the armed forces’ work in Afghanistan has foiled a number of plots.
He said: “The actions that we take here in Afghanistan have meant that there have been significant disruption to those who wish to do us harm.”
The troops will be training local Afghan forces as part of a NATO coalition.
The UK withdraw all combat troops from Afghanistan in 2014, but over the past two years, ISIS have been establishing itself in the area, as it was losing ground in Iraq and Syria.
Last month the Afghan ambassador to the UK Said Jawad said some ISIS jihadis in his country had British passports.
Mr Jawad said the number of British citizens fighting for ISIS in Afghanistan had not yet reached the hundreds, but did not elaborate further.
Mr Williamson went on to say he believes Russia is working against NATO’s intentions in the country.
He said: “We’re seeing a much greater interest from Russia in Afghanistan and Afghan affairs.
“I would describe it as them wanting the NATO mission to fail.”
Putin’s administration has been known to supply Iran with arms that end up in the hands of the Taliban and even invited them to Moscow for peace talks, undermining the work of the West-assisted Afghan government.
The Conservative minister also promised to look into claims from Afghan translators who were promised sanctuary in the UK but have been waiting over a year, whilst their lives hang in the balance.