The governor of Afghanistan's northern province of Baghlan says Afghan security forces have recaptured a strategic district from Taliban fighters who have controlled the area in recent weeks. 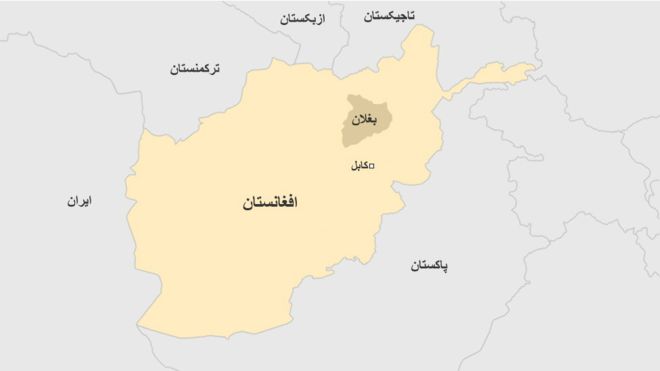 AVA- Governor Abdulhai Nemati told media the government's offensive to retake the district of Nahrin ended on the morning on September 4 after the Taliban withdrew during the night.
Nemati said at least six Taliban fighters were killed and 14 were wounded during an operation that began early on September 3. Nemati did not provide casualty figures for government forces.
Local media reports that hundreds of civilians fled their homes during the fierce 24-hour battle, which destroyed several houses in the district.
One disabled woman in the area told the source that she was "among very few people" from her neighborhood that did not flee the fighting.
"Almost everyone in our neighborhood fled. I couldn't join them because of my disability. Had I been able to walk I would have left, too," the woman said.
"People fled carrying their belongings," a local man said. "Old and young, women and children, all fled, some by foot, some on donkeys."
Nemati said government forces were continuing a "search and clearing operation" in the Nahrin district on September 4.
There was no immediate comment about the battle from the Taliban.
Meanwhile, in the nearby province of Balkh, Afghan security forces have launched an offensive against Taliban fighters who seized a series of villages to the west of Mazar-e Sharif on September 2.
Defense Ministry spokesman Mohammad Radmanesh said late on September 3 that government security forces hoped to retake the Chari area of Balkh's Dawlatabad district "soon."
The Taliban in recent months has carried out a series of operations to expand its control over rural areas in northern Afghanistan and has briefly taken control of some urban areas in Afghanistan, including parts of the city of Ghazni to the southwest of Kabul during August.