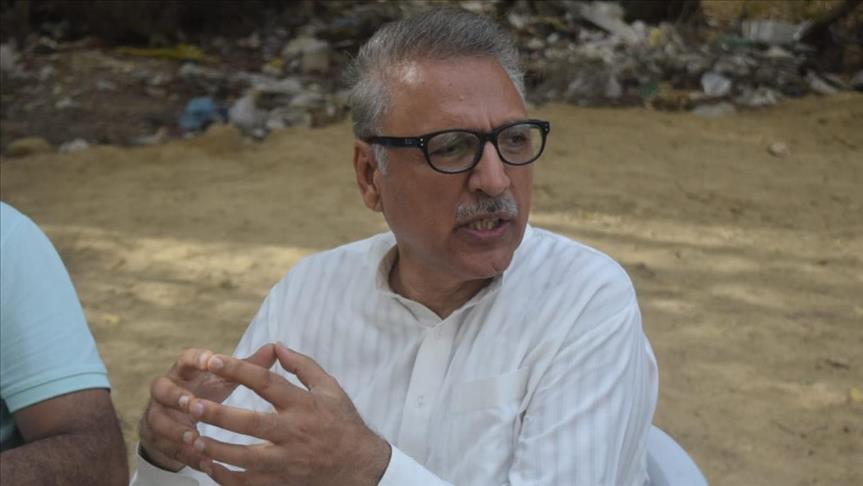 Before joining PTI he had a long association with the Jamaat-e-Islami, a mainstream religious party in the country. His father Habib Ur Rehman Elahi Alvi was also a close aide of Jamaat-e-Islami founder and renowned scholar of the sub-continent, Syed Abul A’la Maudoodi.

Alvi, a dentist by profession, was born in 1949 in the southeastern port city Karachi, two years after his family migrated to Pakistan following the end of British colonial rule.

During his university years, Alvi was active in student politics and participated in several protests against then-military dictator Gen. Ayub Khan.

In 1997 and 2002, he contested for a seat in the National and provincial assemblies in Karachi from PTI, but did not win.

Alvi had served as the party's president for southern Sindh province in early 2000 and later as Secretary General from 2006 to 2013. His eldest son Aawab Alvi is also a staunch PTI activist and a leading member of the party's social media wing-commonly known as Cyber Brigade.

In 2013, Alvi won the first National Assembly seat from Karachi, which he retained in the recent July 25 general election.

He has four children who are all married.