Iran continues to set a global example through its progressive and inclusive refugee policies, but the country needs more support hosting one of the largest refugee populations in the world, said UN High Commissioner for Refugees Filippo Grandi during a three-day visit. 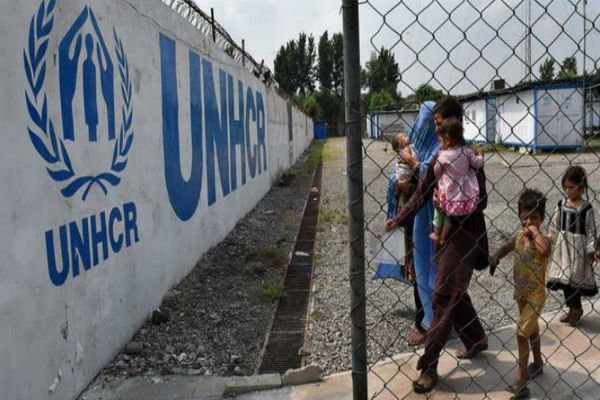 AVA- Iran is home to almost one million registered refugees, the vast majority from Afghanistan. The High Commissioner recognized Iran's generous policies, which are oriented towards the inclusion of refugees in national services and the economy, including through access to the national health insurance scheme, permission to work in a range of occupations and documentation. In a ground-breaking move, since 2015, all Afghan children, regardless of status, have also had access to primary and secondary education.
In Tehran, Grandi met government officials, including Foreign Minister Mohammad Javad Zarif, and Interior Minister Abdolreza Rahmani Fazli as well as the Director General of the Bureau for Aliens and Foreign Immigrants' Affairs, Ahmad Mohammadifar, expressing UNHCR's commitment to support Iran's efforts in providing protection and seeking solutions for Afghan refugees while calling for greater international support. The High Commissioner's visit to Iran is the first leg of a three-country tour – to Iran, Afghanistan and Pakistan -- to address the Afghan refugee situation.
On the outskirts of Tehran, the UNHCR chief heard from members of the Afghan refugee community during a visit to the Persian Gulf Refugee Administration Centre which provides documentation services for refugees.
Iran's efforts to give documents to Afghans in the country are positive and must be supported. They allow better access to health and education services, and greater chances of self-reliance.
He also visited the city of Mashhad, home to Iran's second largest population of Afghan refugees – to meet the governor and visit a vocational training college for refugees and a Government-funded charity hospital providing medical services such as kidney dialysis for both documented and undocumented Afghans.
As well as the registered refugees, who hold ‘Amayesh' identity documentation, the government also estimates that there are some 1.5 to two million undocumented Afghans present in the country. Over the past year, notable steps have been taken towards identifying this group and recording their presence, initially through a ‘head count'.  A growing number, some half a million, of Afghan passport holders with Iranian work permits are also present in the country.
At a meeting with Iran's diplomatic community in Tehran, Grandi said that at a time when Iran is facing economic pressures, vulnerable populations, including refugees, need more support. In hosting almost a million refugees, and working to address the situation of the undocumented, the Iranian government is making an important contribution to the management of population movements in the region and beyond, which should be supported.
While the volatile security situation in Afghanistan is currently not encouraging large-scale returns from Iran, some refugees are asking for support to find jobs or start businesses back home in Afghanistan. "It's a sign of people looking to their long-term future with hope," Grandi said. "We must not forget that the solution lies in Afghanistan -- and on the stability, security and prosperity of Afghanistan."
The Afghan refugee situation is one of the largest and most protracted in the world, with many having been in the country for as long as 40 years -- meaning many young refugees are third or even fourth generation, born and raised in Iran. Painfully aware of the ongoing insecurity in their homeland, they nevertheless still dream of one day returning to their roots.
"This is a long-term refugee community, some of them have been here for decades, some were born here. There is a lot of  ... entrepreneurial potential in this community," Grandi said.
In a discussion with refugee entrepreneurs who are running businesses around the country, employing Iranians as well as their compatriots, Grandi heard from 27-year-old Somayeh Ghaznavi, who runs a tailoring business in Tehran. "It feels really good that I am working for myself. But I need support to continue," she said. "I lost everything once, but I am trying again. I am still hopeful to be more successful and manage my life."
"It feels really good that I am working for myself. But I need support to continue."
She started her business after completing a business skills training programme run by UNHCR partner ILIA, and now employs four women seamstresses to sew staff uniforms for a popular restaurant in Tehran and is able to support her family. Born and raised in Iran, Somayeh attributed her success to the ILIA centre, which not only trained her but now provides premises for her workshop.
"I encouraged them to use their entrepreneurial spirit, not to depend on aid, to achieve self-reliance," Grandi said. "These successful entrepreneurs, small but successful, have been able to pay back not through charity, not through aid, but by employing other refugees and by employing Iranians."
The challenge, said Grandi, is to make sure Iran is supported and funded by the international community so it can continue on this path, adding, "Iran has experienced 39 years of a refugee situation since it started receiving Afghans in 1979."
While in Tehran Grandi also highlighted the new global compact on refugees, due to be adopted by UN member states later this year, which provides a blueprint for how the international community will engage with countries – like Iran - hosting large refugee populations.
"This is the global compact on refugees made real, made live. Iran is already implementing many of the responsibilities and contributing to a shared public good - the well-being of refugees," he said. "I hope Iran's example will be taken up by other countries and will receive the support it deserves."