A Zionist official says Hezbollah has become stronger despite many attacks on the movement's positions, mainly in Syria where the resistance group is helping the army fight foreign-backed terrorists. 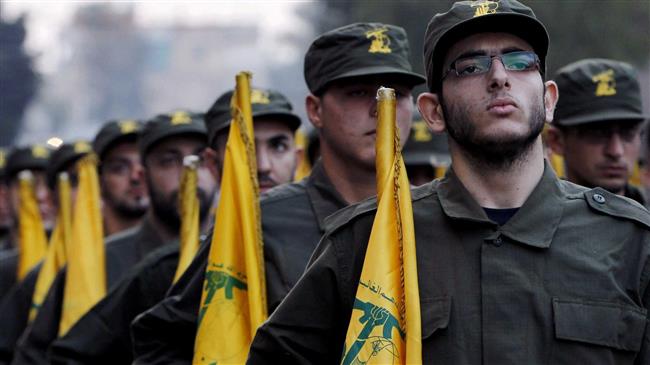 AVA- “If we look backwards to what it was like before, Hezbollah is much stronger,” Naftali Granot, former deputy of Tel Aviv's spy agency Mossad, said Thursday.
Granot said Hezbollah’s self-confidence was high due to being on the winning side in the Syrian war along with Iran, the Syrian government and Russia.
Hezbollah “got antiaircraft missiles, antitank missiles” and had access to a number of “GPS precision-guided systems that will help it to convert some heavy rockets into accurate missiles” despite being repeatedly targeted, he said.
Zionist Intelligence Minister Yisrael Katz told a conference on Tuesday that Zionist regime had launched more than 200 strikes against various targets inside Syria in the last two years.
On Wednesday, a senior Zionist commander said Hezbollah has been gaining strength in Lebanon and that the regime would not distinguish between the group and the Lebanese army in the next military confrontation.
"The distinction we made between Hezbollah and Lebanon during the Second Lebanon War was a mistake," the unnamed officer in the Northern Command said about the 2006 Zionist war, cited by the Haaretz daily.
"Hezbollah upgraded its capabilities through its fighting in Syria," the officer said. "It gained confidence in the fighting,” he added.
The Syrian army has managed to drive the terrorists out of most parts of the country and end Daesh’s territorial rule with help from Iran, Hezbollah and Russia.
It is now on the verge of fully liberating the southern parts near the occupied Golan, prompting serious concerns in Tel Aviv, which supports the terrorists operating there against Damascus.
Syria is now preparing for an operation to liberate Idlib Province, the last major militant stronghold.