Russia reaffirms need to wipe out terrorism in Syria

The Russian Foreign Ministry on Friday reiterated that it is important and urgent to eradicate terrorism in Syria and that Russia is doing its best to minimize human losses. 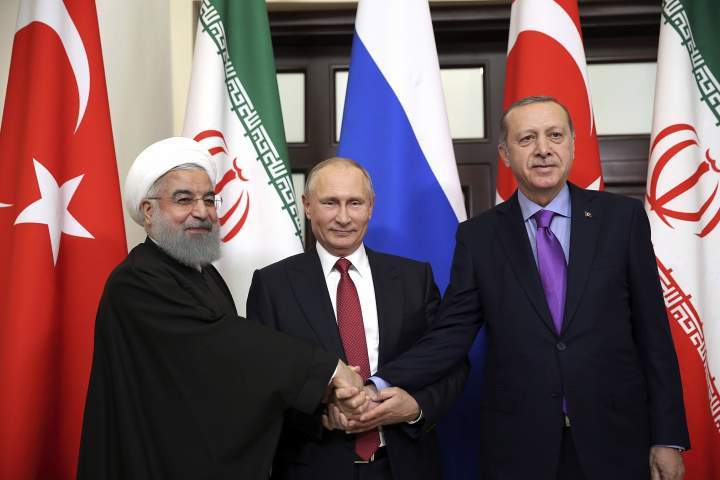 AVA- "Efforts to eliminate the terrorist presence in Syria's Idlib province with the least damage to the civilian population were discussed in detail by Russian and Turkish military," the ministry's spokeswoman Maria Zakharova said in a briefing.
Earlier this month, Russia and Turkey confirmed their intention to continue joint work on the situation in Syria and regional security.
In order to get ready for repelling the offensive of the Syrian government troops, militants continued to systematically destroy the infrastructure in Idlib, while terrorists prevented the civilians from leaving and held them as hostages for the use of living shields, Zakharova said.
"We call upon those of our international partners who publicly show the highest degree of concern about the emergence of a 'humanitarian crisis' in Idlib ... to take into account the above facts and draw a conclusion about who is actually preparing this crisis," she said.
The spokeswoman reaffirmed Moscow's principled position on the need for the "complete and final liquidation of terrorists" in the whole of Syria.
"Russia is doing everything in its power to minimize human losses and damage to the civilian population of Idlib," Zakharova added.
She urged the international community to contribute to facilitating the disengagement of armed opposition forces from terrorists.
On Friday, the presidents of Russia, Iran and Turkey held a summit on the Syrian conflict in Tehran and agreed on cooperation to annihilate militants of multiple terrorist organizations.