President Mohammad Ashraf Ghani met with the British Special Envoy for Afghanistan and Pakistan in Kabul on Sunday, the Presidential Palace said. 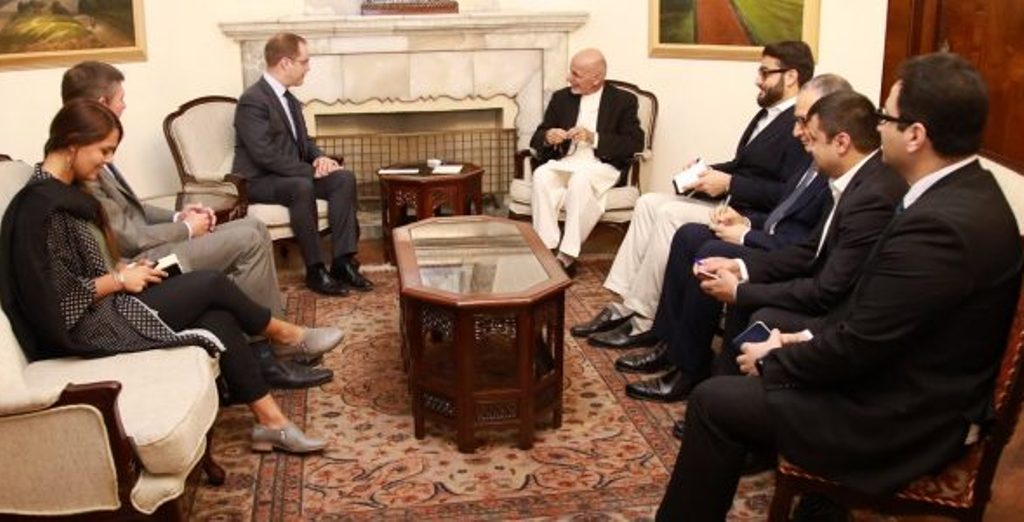 AVA- According to a statement released by the Office of the President, ARG Palace, said President Mohammad Ashraf Ghani and the British Special Envoy for Afghanistan and Pakistan Gareth Bailey met in Gul Khana Palace in ARG Presidential Palace on Sunday evening.
The statement further added that the two sides held talks on some key issues of mutual interest and as well as the regional issues.
According to ARG Palace, Mr. Bailey conveyed the best wishes of the United Kingdom to Afghanistan and the Afghan nation.
The two sides discussed peace process and security, joint fight against terrorism, peace talks with Pakistan, and steps to further strengthen the bilateral ties between the two nations, ARG Palace added.