Hekmatyar slams the government and IEC regarding the upcoming elections

The leader of Hezb-e-Islami Gulbudin Hekmatyar slammed the government and the Independent Election Commission for their shortages regarding the upcoming parliamentary and district council elections. 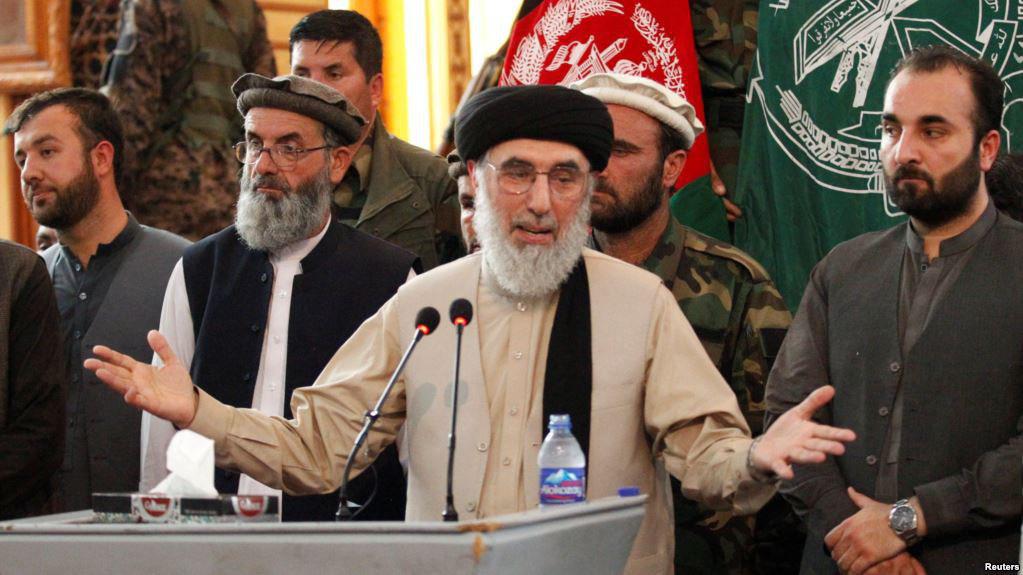 Speaking during a press conference in Kabul, Hekmatyar accused the government for planning vote rigging during the elections and the authorities have no will to hold a transparent election.
He said the government is moving in a wrong direction and the Independent Election Commission has adopted an unfair approach, emphasizing that the commission is offering a irrelevant justification for the embarrassing fraud in the elections.
Hekmatyar went on to claim that the millions of fake National Identity Cards have been dispatched some areas of the country while due to political motives the National Identity Cards and stickers have not been sent in some other parts of the country.
He also claimed that the stickers have been printed with an aim to commit fraud in the elections.
In other parts of his speech, Hekmatyar said nearly 6 million refugees do not have right to vote and 2 million Internally Displaced People have also been barred from the election while 90 per cent of the people have no representatives in the parliament.
The leader of Hezb-e-Islami also claimed intentional deterioration of the security situation in some parts of the country to prevent people from voting.
He warned that the political parties would not accept fraudulent elections and said the advice of the political parties to the government is to refrain from unilateral decisions.
Source : Afghan Voice Agency(AVA)
Tuesday 11 September 2018 12:09
Story Code: 170509 Copy text available
Featured news
Taliban Urged to End Violence Amid Hopes for Intra-Afghan Talks
Ghani: 'Afghan People Will Have Final Say on Peace Process'
WFP receives $49m from USAID to help feed vulnerable Afghans
Deputy Minister of Information and Culture Survives Armed Attack
MoFA: Families Should Identify Bodies Of Those Drowned In Turkey
'Life goes on': Brazil's Bolsonaro tests positive for coronavirus
1
Iraqi officials irate as Saudi daily publishes cartoon against Ayatollah Sistani
2
Russian diplomat says some members of US intelligence involved in Afghan drug trafficking
3
Khalilzad, Qataris, Taliban discuss development opportunities in Afghanistan
4
Khalilzad Discusses Development Plans With Qataris, Taliban
5
Taliban needs to end violence to help kick start intra-Afghan talks: NATO envoy
6
Iraqis rally to decry Saudi paper’s offensive cartoon of Ayatollah Sistani
7
Pakistan invites chief Afghan peace negotiator Abdullah
8
NATO SCR: Taliban Violence ‘Simply Unacceptable’
9
Pak FM talks to Chinese Counterpart; Discusses Afghan Issues
10
Khalilzad releases details of his meetings in Qatar including engagement with Taliban