IEC in talks with companies about biometric verification of voters

Afghanistan's Independent Election Commission said on Wednesday that it is in talks with companies about biometric verification of voters in upcoming parliamentary election. 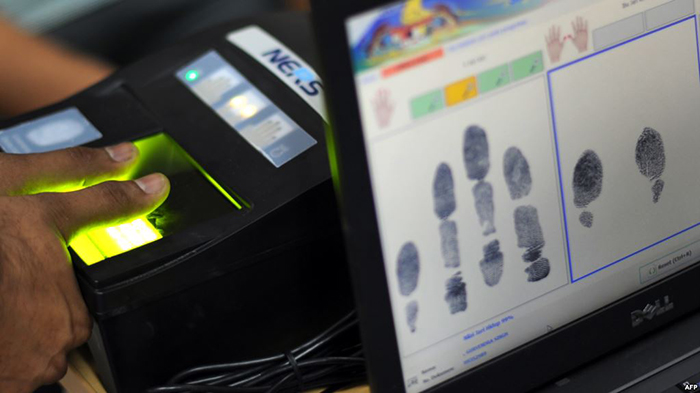 AVA- The announcement comes amid increasing pressure by the opposition movement that has demanded use of biometric technology among other measures for transparency in the vote that is scheduled for October 20. IEC had previously said that biometric system was not possible due to shortage of time.
“We hope that biometric system will be used in the upcoming election so that the voter is verified and cannot vote again. We are in talks with various companies,” IEC chairman Gula Jan Abdul Badi Sayad said addressing an event in Kabul that was attended also by political parties and civil society institutions.
He also said that political parties will be allowed to monitor the process.
Recently, supporters of Grand National Coalition of Afghanistan shut down election offices, citing concerns about possible fraud in the upcoming vote.
The United Nations cautioned that political challenges could jeopardize the elections unless all leaders engage constructively and peacefully to ensure that elections are held on time.
“I urge all political actors and institutions to perform their duties, act responsibly, and to think of the Afghan people, bearing in mind the country’s bitter past,” U.N. envoy to Afghanistan, Tadamichi Yamamoto, told the Security Council this week.