The ISIS extremist group has claimed responsibility for a suicide bombing at a crowded mosque inside an Afghan army base in Khost Province during Friday Prayers on November 23, killing dozens of people. 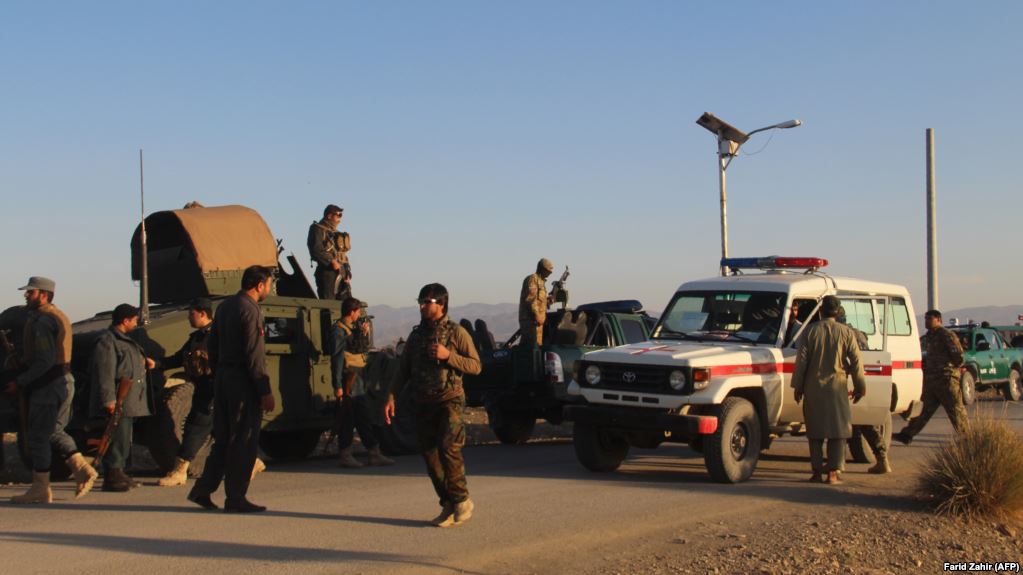 AVA- Some news agencies put the death toll at 26, citing Afghan officials who said more than 50 others were wounded by the attack.
In a statement issued on its Amaq website, the ISIS group on November 24 claimed that an ISIS suicide bomber infiltrated the military base and got inside the mosque to detonate his explosives, killing “around 50” Afghan soldiers who were praying and wounding 110 others.
Afghan President Ashraf Ghani condemned the attack as "anti-Islamic and inhumane."
In a statement, Ghani urged a swift investigation into the bombing and said he wanted to know how security at the army base was breached, calling for those responsible to be punished.
The attack came just days after a suicide bomber targeted a gathering of religious scholars in Kabul, killing at least 50 people and wounding more than 80 others.