Qatar Airways says it is expanding operations in Iran, despite US sanctions on the Islamic Republic and a diplomatic rift with Saudi Arabia over accusations that it had approached Tehran too closely. 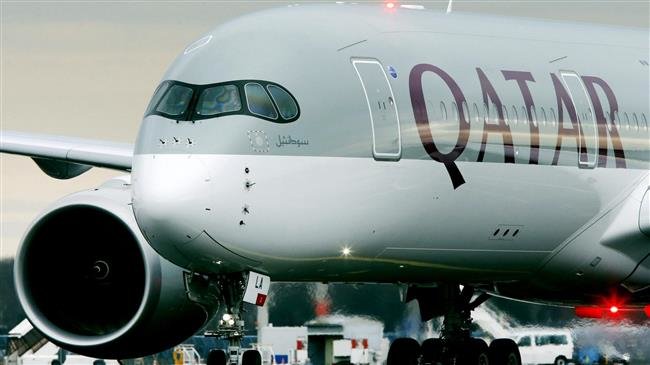 AVA- The carrier announced in a statement on Monday that it would begin twice-weekly flights to Isfahan in February 2019 and increase existing services to Shiraz and Tehran in January 2019.
"These latest launches are further evidence of Qatar Airways' commitment to Iran," said Akbar al-Baker, the airline's group chief executive.
Last month, Baker said services to Iran would continue despite a tightening economic and political squeeze on the Islamic republic by Washington.
"Aviation is not a sanctioned industry, Qatar Airways will continue to operate into the cities we are currently operating in Iran," he said.
He added, "Our flights to Iran will not be affected."
Earlier this month, the US said it would impose sanctions on any American or foreign company that continues to do business with Iran, prompting some major airlines, including Air France, KLM and British Airways, to stop flights to Iran.
A first tranche of US punitive measures were introduced in August after Washington withdrew earlier this year from a 2015 nuclear deal with Iran.
Qatar is under scrutiny from regional powers over its relationship with Iran.
Since last June, Saudi Arabia, the United Arab Emirates, Bahrain and Egypt have imposed a sweeping diplomatic and economic embargo on Qatar.
The four countries accuse Doha of seeking closer ties with Iran, as well as supporting radical Islamist groups.
Qatar, which shares the world's largest natural gas field with Iran, denies the charges, saying its former allies are seeking regime change.