NATO foreign ministers are meeting this week in Brussels to address a wide range of security challenges, including continuing instability in Afghanistan. 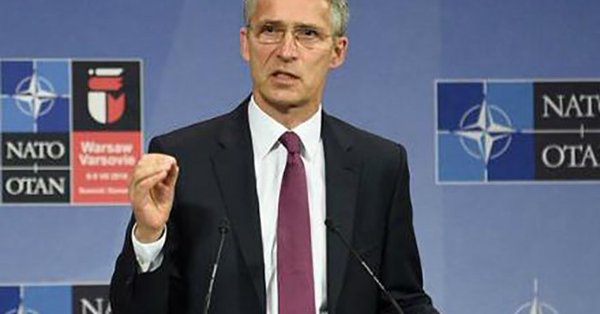 The two day summit on Dec. 4 and 5 will discuss Russia’s destabilizing behavior and violent extremism in the Middle East and North Africa
The ministerial will conclude with a meeting of all nations contributing to the Resolute Support training mission in Afghanistan.
“We must continue to ensure that the country never again becomes a safe haven for international terrorists,” said NATO Secretary General Jens Stoltenberg. He noted that NATO has stepped up its support to Afghanistan, with more forces and funding.
On Tuesday (4 December), the allies will meet with two of NATO’s closest partners, Georgia and Ukraine as both faced serious security challenges from Russia, said Stoltenberg.
In view of Russia’s use of military force against Ukraine near the Sea of Azov, ‎NATO allies have called on Russia to release the Ukrainian sailors and ships it seized, and to allow freedom of navigation and unhindered access to Ukrainian ports.
NATO foreign ministers will also discuss the Intermediate-Range Nuclear Forces (INF) Treaty. “This Treaty eliminated an entire category of weapons, but it has been put in jeopardy by Russia,” said the Secretary General.
The ministers will hold a separate session on challenges coming from the Middle East and North Africa. They are expected to discuss NATO’s support to partners in the region. “We will discuss Iraq, where we are helping train local forces, and our experts are helping set up defence education facilities,” said the Secretary General.
On Wednesday (5 December), NATO Foreign Ministers will hold a meeting on the Western Balkans, joined by European Union High Representative Federica Mogherini.