General Mark Milley, will be nominated as the Chief of Staff of the United States Army

Army Gen. Mark Milley will be nominated as the next chairman of the US Joint Chiefs of Staff, President Donald Trump said on Saturday. 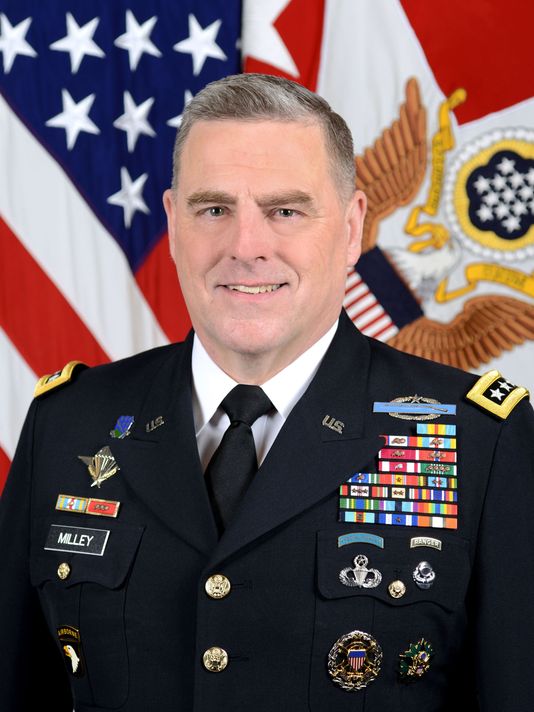 Milley, if confirmed by the Senate, will replace Marine Gen. Joseph Dunford whose term expires next year, according to the Voice of America, monitored here.
"I am thankful to both of these incredible men for their service to our Country!" Trump said in a tweet. "Date of transition to be determined."
“I am pleased to announce my nomination of four-star General Mark Milley, Chief of Staff of the United States Army, as the chairman of the Joint Chiefs of Staff,” Trump tweeted
A battle-hardened commander, Milley has supervised US operations in Iraq and Afghanistan. He has been chief of the army since August 2015.
A former commandant of the Marine Corps, Dunford has also led coalition troops in Afghanistan. An infantry officer, Milley received his army commission from Princeton University in 1980.