Iran's Police Chief Brigadier General Hossein Ashtari says 10 people have already been arrested in connection with the recent terrorist attack that took place in the southeastern port city of Chabahar. 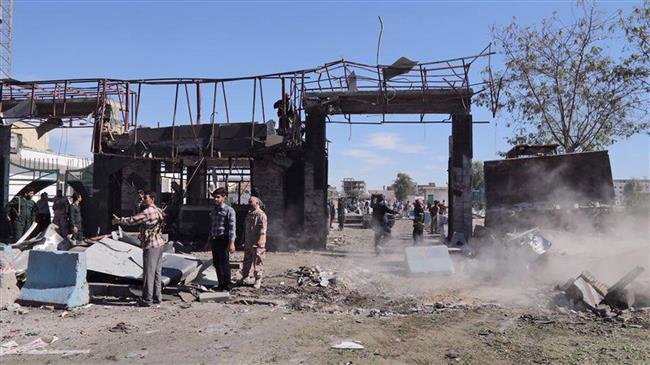 AVA- Speaking on Sunday, Ashtari noted that the remaining perpetrators would soon be detained through cooperation with local residents.
"10 individuals have already been identified and arrested and more will soon be taken into custody," he said.
The police chief further noted that the "bombing plot had been foiled in time thanks to the vigilance and courage of Chabahar police forces." He explained that the vehicle had exploded before entering the targeted police station.
On Thursday, a vehicle laden with explosives approached the police headquarters in Chabahar, in the southeastern province of Sistan-and-Baluchestan.
At least two police officers lost their lives and were killed and dozens of people sustained injuries in the explosion, which also killed the bomber.
The driver was seeking to force his way into the police headquarters, but failed to do so as local security forces quickly intervened.