The UN Security Council on Monday welcomed the outcome of the recent Geneva Conference on Afghanistan that aims at reforms and peace prospects in the war-torn country. 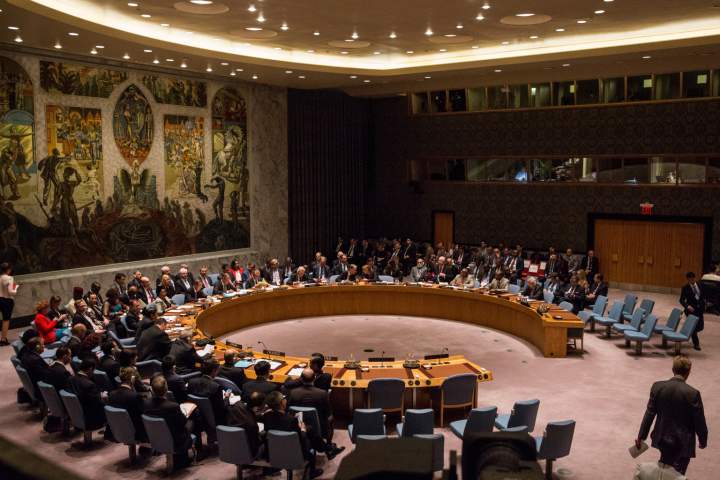 AVA- The Nov. 27-28 conference, co-hosted by Afghanistan and the United Nations, adopted the Geneva Mutual Accountability Framework (GMAF), aimed at guiding the Afghan government's reform activities for the period 2019-2020.
In a press statement, the Security Council members welcomed the adoption of the framework, which they said "outlines measurable reform objectives and commitments for the government of Afghanistan and the international community for 2019-2020."
As specified in its text, the GMAF is specifically aimed at monitoring concrete reform deliverables that support peace and development, reduce poverty and improve the welfare of the Afghan people.
In the statement, the council members also welcomed the Geneva Conference Communique, which "acknowledged and reaffirmed the commitment of participants to an Afghan-led and Afghan-owned peace process, with full and meaningful participation of women."
The Geneva Conference on Afghanistan was attended by delegations from 61 countries and 35 international organizations, representatives of civil society, the private sector and the media.
UN Secretary-General's special representative Tadamichi Yamamoto has said the gathering was likely the first international meeting on Afghanistan when issues of "peace have been taken up with such weight."