At least 20 people have died when a truck carrying mourners returning from a funeral ritual plunged around 400 meters onto a river bank in central Nepal, police say. 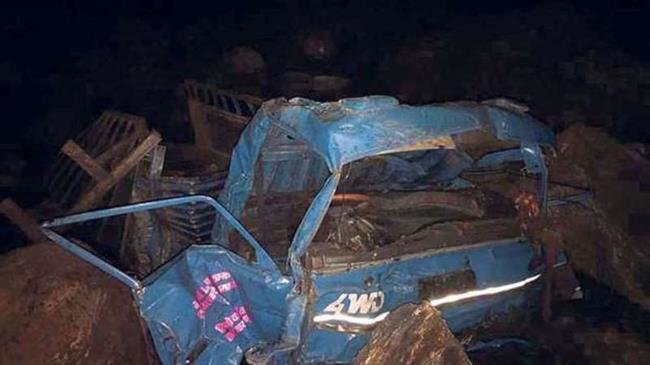 AVA- Fourteen others were injured as the vehicle veered off an unpaved narrow road in a hilly area around 70 kilometers north of the capital Kathmandu on Friday.
Police retrieved 18 bodies at the site. One person died while being taken to hospital and another during treatment, police official Bhimlal Bhattarai said.
"Bodies were found scattered on the river bank and slope and we are still searching the incident site because the total number of people on board is still not known," said Bhattarai.
Authorities are yet to confirm the cause of the crash, but the police said excessive speed on the narrow road could be one of the reasons.
Deadly crashes are relatively common in the impoverished Himalayan nation because of poor roads, badly maintained vehicles and reckless driving.