The Afghan Special Operations Forces (SOF) released a dramatic video purportedly showing a combination of series of airstrikes against the Taliban militants in various parts of the country. 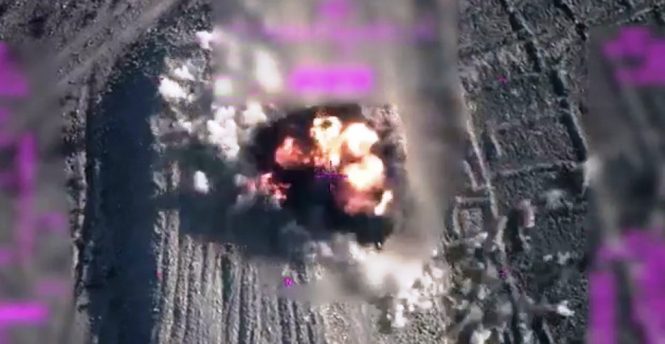 AVA- The video starts with an airstrike against a Taliban group member identified as Hazrat who is being targeted on a roadside and subsequently purports to show the airstrike which eliminated the executioner of Taliban Mohib Jan alias Haroon.
The video also purports to show an airstrike against Mullah Abdul Jabar, Taliban’s chief of suicide operations in Helmand province.
In other parts of the video an airstrike purportedly shows the elimination of Mullah Ahmad, Taliban’s shadow intelligence chief in Helmand while another airstrike purports to show a raid against Shafi, ISIS Khurasan explosives facilitator.
It is yet not clear if the airstrikes were exclusively carried out by the Afghan Air Forces as both the Afghan and U.S. forces conduct regular airstrikes against the anti-government armed militants.
However, it is worth mentioning that the Afghan Air Forces have been conducting sophisticated air sorties against the militants for the past several months and recently launched night airstrikes against the militant groups, mainly targeting the militants in the restive southern provinces of Afghanistan.