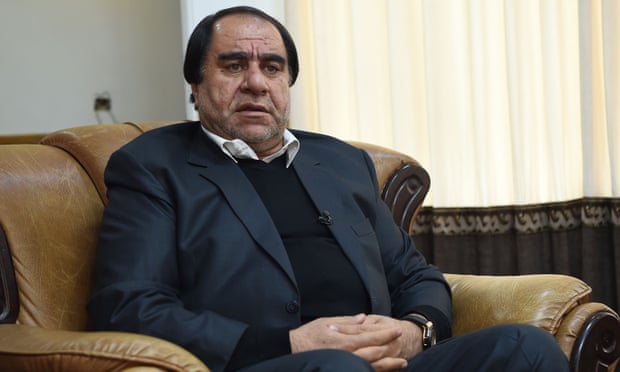 AVA- Three players detailed to the Guardian last week the abuse they say they suffered at the hands of Karim. He and four other senior Afghan FA officials have been barred from leaving the country by the attorney general’s office, which is looking into the claims.
Speaking to the news agency AFP, Karim suggested that the players may have invented the claims to assist asylum applications.
“I strongly deny these allegations,” said Karim, who has been provisionally suspended by Fifa.
“This is a conspiracy,” he added. “There has been no evidence or proof provided, only a number of unidentified voices, anonymous identities have made the allegations.”
The players said they were speaking anonymously because of fears for their safety, and that of their families. One player said she was punched and sexually assaulted in a hidden bedroom off Karim’s office, and that he held a gun to her head.
Another player claimed Karim threatened to cut out her tongue after she ran off when being sexually assaulted; the third alleged that Karim tried to kiss her neck and lips and that after she ran from the room she was dropped from the national squad and accused of being a lesbian.
Karim said his accusers may be using the allegations to “seek asylum in Europe” or “conspiring to defame us, hurt us in the federation”. He claimed: “They are inside and outside the country plotting against us.”
The father of 11, who has two wives, added: “The attorney general will investigate to find out if there is any truth to the claims. I personally am not aware of such things taking place. As a father and a husband I have been affected – it has been painful.”
Haley Carter, a former assistant coach of the team, disputed Karim’s claims of a lack of evidence, saying that the players had “personally provided testimony in both investigations”.
Carter added: “They are ongoing investigations and therefore the details of such evidence will be disclosed to the proper parties in due course. The identities of the [players] will continue to be protected as their safety is of utmost importance.”
She said she was confident that anyone “responsible for committing abuse will be held accountable for their abhorrent actions”.