The Ministry of Industry and Commerce (MoIC) on Wednesday said that Afghanistan’s exports volume reached about $1 billion in the first nine months of 2018 and the figure shows a 19 percent increase compared to the same period in 2017. 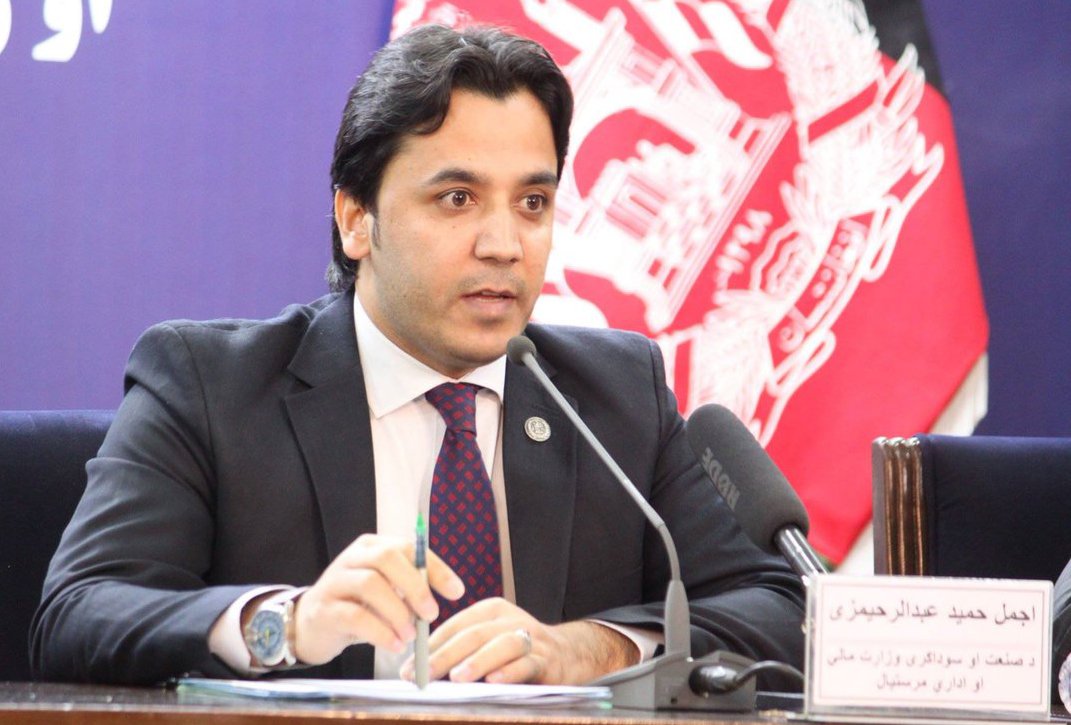 According to statistics, the export rate has increased by 19 percent within nine months of 2018, in comparison to 2017. With the initiative of MoIC, for the first time, National Export Strategy was developed and approved,” said Ajmal Hamid Abdul Rahimzai, deputy minister of commerce and industries.
Meanwhile, officials of Afghanistan Chamber of Commerce and Industries (ACCI) have said that the government needs to focus on the processing of domestic products and undertake proper marketing policy to further improve national exports to international markets.
“The representatives of the business community in Afghanistan’s embassies abroad also have a responsibility to market the country's domestic products,” said deputy head of ACCI, Younsu Momand.
Rahimzai also said that alongside land routes, the opening of nine air corridors between Afghanistan and other countries has helped to increase Afghanistan exports to foreign markets.
He said that the net volume of Afghanistan’s exports through air corridors to foreign markets is estimated at about $100 million.
Reducing the cost of a license from 30K to 100 Afs, increasing the validity period of the license from one year to three, and decreasing the procedures from 28 to 8 steps, are measures taken to facilitate license registration and issuance, he said.
He noted that with the implementation of reforms, Afghanistan had improved 16 ranks from its previous position and is recognized as the most prominent country among 190 countries of the world, in terms of reforms brought about during the year.
According to him, MoIC has spent 96 percent of its developmental budget in FY 1397 (2018).
This comes after President Ashraf Ghani inaugurated the Lapis Lazuli Corridor on December 13, and said the route enables Afghanistan to send its products to Europe and other parts of the world.
The president said Afghanistan is in favor of connectivity policy and that the inauguration of the Lapis Lazuli Corridor is a milestone.
The Lapis Lazuli Corridor connects Afghanistan through Turkmenistan, Azerbaijan and Georgia to the Black Sea and ultimately through Turkey to the Mediterranean Sea and Europe. The corridor is historic. Almost 2,000 years ago, lapis lazuli stone was exported from Badakhshan in northeastern Afghanistan through this route to Europe.
In 2016, leaders from Afghanistan, India and Iran signed a trilateral agreement in Tehran to develop Iran’s Chabahar port aimed at boosting economic and trade cooperation between the member states.
Chabahar is the closest and best access point of Iran to the Indian Ocean and Iran intends to turn it into a transit hub for immediate access to markets in the northern part of the Indian Ocean and Central Asia.
Tags:
Afghanistan’s Export Rate Touches $1bn In 2018: MoIC
Source : Afghan Voice Agency(AVA)
Wednesday 2 January 2019 19:46
Story Code: 177088 Copy text available
Featured news
Top Pentagon Leaders Can’t Say If Any Secret Side Deals Are Part of The Afghanistan Peace Agreement
UNHCR Welcomes EU’s Humanitarian Aid of €21 Million for Afghan Refugees
Deadly roadside bomb rips through Taliban vehicle in Balkh province
Japan provides 3.8m USD for sustainable management of world heritage site in Bamyan
Kabulov to attend signing ceremony of US-Taliban deal
Iran cannot be ignored on Afghan issue: US expert
1
Iraq, Turkey, Afghanistan buy $1.48b of Iran’s mining products in eight months