Early US pullout to have adverse effects, warns report

An early US withdrawal from Afghanistan will prompt other North Atlantic Treaty Organi­sation (NATO) forces to leave the country, warns a new report. 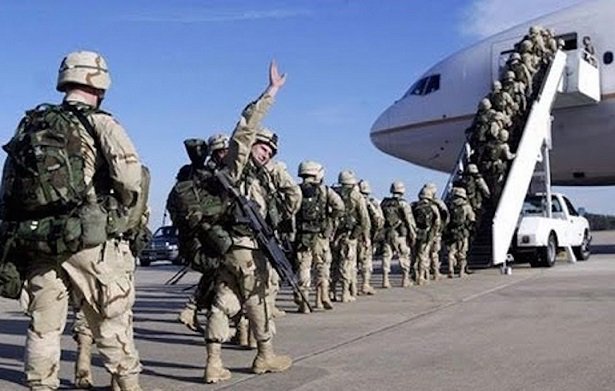 The international civilian presence would shrink and external economic and security assistance diminish if the US service-members left Afghanistan abruptly, it said.
Two former US special envoys for Afghanistan and two ex-defence officials have authored the report, spotlighting the consequences of a possible American pullout.
In case of an early drawdown, the report added, power would move from the centre to the periphery and responsibility for security would devolve to regional militias.
Additionally, the Taliban will extend their control over territory and population, Afghanistan will slide into a wider civil strife, with civilian deaths and refugee flows shooting up.
“Extremist groups, including Al-Qaeda and Daesh, will gain additional scope to organise, recruit and initiate terrorist attacks against US regional and homeland targets,” the report continued.
Afghanistan’s neighbours would get even more involved in war if the United States withdrew its forces, it cautioned, saying the Taliban would lose their interest in negotiating peace.
Pakistan, Russia, Iran, India and Uzbekistan had a history of aiding various ethnic groups, such as Pashtuns, Tajiks, Uzbeks and Hazaras, the report explained.
The authors include James Dobbins, a former US special representative for Afghanistan and Pakistan, Jason H. Campbell, former country director for the secretary of defense, Sean Mann, a former analyst for the Special Operations Joint Task Force, and Laurel E. Miller, an acting special representative.