The Extractive Industries Transparency Initiative has suspended Afghanistan's memberships for "inadequate progress" in implementing its standard. 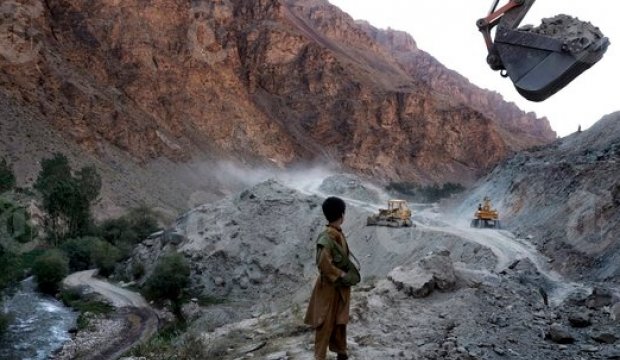 The Oslo-based initiative is backed by governments, corporations and financial institutions and aims to promote open and accountable management of natural resources.
The coalition suspended Afghanistan’s membership at a board meeting last week, according to a statement released by the group on Friday.
“Suspension is temporary mechanism,” said EITI chair Fredrik Reinfeldt. “Afghanistan is still an EITI implementing country and we look forward to working with the government, industry and civil society organisations to build on the recent momentum in improving transparency. The Board decision includes a clear set of corrective actions to guide this work.”
The EITI Board commended Afghanistan’s efforts to improve transparency following its first Validation under the EITI Standard in 2017 and welcomed the government’s commitment to reinvigorate the implementation of the EITI.
“This Validation focussed on EITI implementation in Afghanistan prior to November 2017,” said Reinfeldt. “Since then, especially in recent months, the government has reaffirmed its commitment to the EITI and made some important progress regarding license transparency. The EITI Board welcomes this advancement and urges EITI supporting countries and organisations to maintain their support to Afghanistan to improve domestic resource mobilisation, deepen reforms, build trust and fight corruption, which are key to sustainable growth and prosperity.”
Afghanistan joined EITI in 2010. The country is rich in natural mineral resources, which are estimated to be worth over 1 trillion dollars.
EITI said that Afghanistan’s central government is hampered in its ability to manage and enforce revenue collection from the extractives sector and production is constrained by the precarious security situation.
“Suspension from EITI does not mean expulsion – it means a chance for Afghanistan to make the changes needed to get this right,” said Stephen Carter, the Afghanistan Campaign Leader for Global Witness. “We hope we can work with the government to make sure those changes are the ones needed to create transparency even beyond EITI, and to achieve validation as soon as possible. The government’s commitment to lift suspension by the summer is very encouraging, and we fully support it. Nevertheless, actions will speak louder than words – in the end the only test that matters is whether full transparency on revenues, production and ownership of contracts is actually put into practice.”
Ikram Afzali, the Executive Director of Integrity Watch Afghanistan (IWA), said:
“We understand the challenges of reforming the Afghan mining sector. But EITI provides a clear and accessible framework for governments and companies to publish and verify essential data – especially on revenues. This is basic information: if the government is incapable of providing it regularly and reliably, it fundamentally calls into question its capacity to administer the sector and avoid the massive corruption which has so catastrophically undermined its potential until now.”
Tags:
Afghanistan suspended from mining transparency initiative
Source : Afghan Voice Agency(AVA)
Saturday 26 January 2019 17:51
Story Code: 178584 Copy text available
Featured news
Russian diplomat says some members of US intelligence involved in Afghan drug trafficking
Consignment of Transit Goods from Afghanistan Shipped to India via Iran
Pak FM talks to Chinese Counterpart; Discusses Afghan Issues
3 Police Killed in Herat Roadside Mine Blast
India sees highest single-day spike of 24,850 COVID-19 cases, tally reaches 673,165
Lightning kills at least 23 in India
1
Afghanistan transits 76-TEU cargo to India through Chabahar
2
Pakistan Opens Two More Border Crossings For Trade With Afghanistan
3
Central Bank Sends Case Files of Fired Officials to AGO
4
Huawei and ZTE officially designated as 'national security threats'
5
OPEC daily basket price stood at $38.22 a barrel Tuesday
6
Afghan Bank Branch to Open in Iran’s Chabahar Port Free Zone
7
Pakistan to re-open four border points with Iran from tomorrow
8
Khaf-Herat Railway To Become Operational Before March 2021
9
Afghanistan, Turkmenistan, Azerbaijan To Form Joint Committee for Trade Expansion
10
Iran’s Chabahar Port Sends First Transit-Only Cargo To India