Yemeni army forces, supported by allied fighters from Popular Committees, have hit gatherings of mercenaries working for the regime in Riyadh in the kingdom’s regions of Jizan and Najran with domestically-manufactured missiles in retaliation for the Saudi campaign against the impoverished nation, a report says. 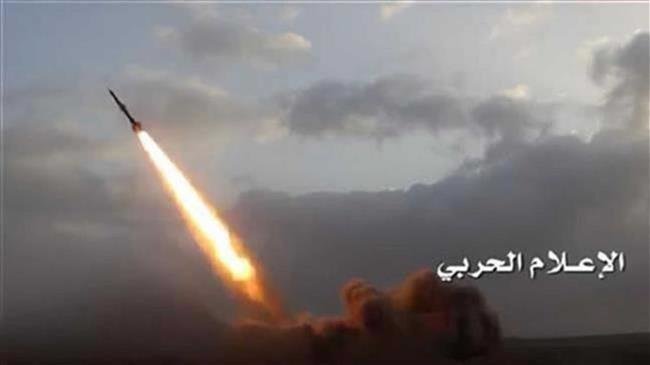 AVA- Yemen's Arabic-language al-Masirah television network, citing an unnamed military official from the missile unit of the Yemeni army, reported that a gathering of the mercenaries in Tawal district was hit with a high-precision Badr P-1 ballistic missile on Saturday.
It added that the projectile had accurately struck the designated target, leaving an unspecified number of soldiers either killed or wounded.
The report also said that a short-range Zelzal-1 missile, with an average range of 150 kilometers, was also launched against Saudi positions in Najran's al-Baqa'a Desert.
Saudi Arabia has been incessantly pounding Yemen since March 2015 in an attempt to crush the popular Houthi Ansarullah movement and reinstate former President Abd Rabbuh Mansur Hadi, who is a staunch ally of Riyadh.
According to a new report by the Armed Conflict Location and Event Data Project (ACLED), a nonprofit conflict-research organization, the Saudi-led war has so far claimed the lives of about 56,000 Yemenis.