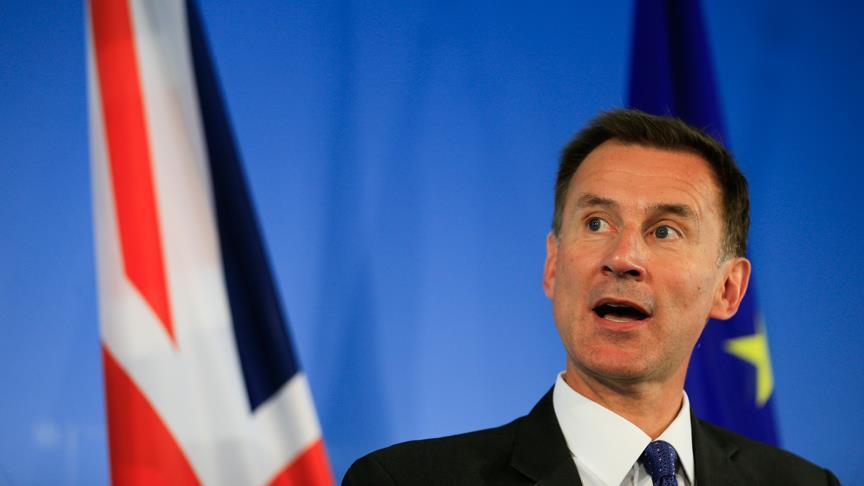 AVA- "After banning opposition candidates, ballot box stuffing and counting irregularities in a deeply flawed election it is clear Nicolas Maduro is not the legitimate leader of Venezuela," Hunt said in a Twitter post, referring to the Venezuelan president.
"Juan Guaido is the right person to take Venezuela forward," he added.
"If there are not fresh & fair elections announced within 8 days UK will recognise him as interim President to take forward the political process towards democracy. Time for a new start for the suffering people of Venezuela," Hunt added.
Venezuela has been rocked by protests since Jan. 10 when President Nicolas Maduro was sworn in for a second term following a vote boycott by the opposition.
On Wednesday, Juan Guaido, the leader of Venezuela’s opposition-led National Assembly, declared himself acting president.
U.S. President Donald Trump recognized Guaido as president of the country.
Maduro quickly shot back, cutting off diplomatic relations with Washington and giving U.S. diplomats 72 hours to leave the country.
He has repeatedly lashed out at the U.S., saying Washington is waging an economic war against him and his government amid a sweeping sanctions campaign.
Brazil and the Organization of American States recognized Guaido as Venezuela's leader prior to his formal announcement. Argentina, Canada, Chile, Colombia, Costa Rica, Ecuador, Guatemala, Panama and Paraguay have followed suit while Bolivia and Mexico continue to recognize Maduro.
Several South American countries, Russia and Turkey have also expressed solidarity with Maduro.