Iran’s envoy to Afghanistan’s peace talks in London Rassoul Eslami reiterated that Tehran supports the talks with the Kabul government as a prerequisite for restoring peace and stability to the war-ravaged country. 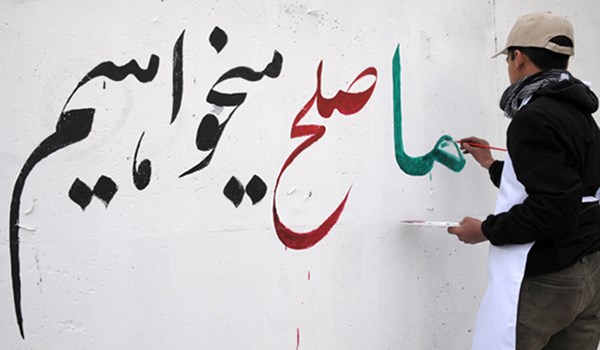 AVA- Eslami, in the meeting of the International Contact Group on Afghanistan, praised the key role played by the Kabul government in restoring peace to the war-torn country.
He made the comments in a Thursday address to the meeting hosted by London and attended by about 80 representatives from over 50 countries, international and regional organizations, and the Afghan government.
The government of Afghanistan, as the representative of the Afghan people, plays a pivotal role in peace efforts, the Iranian envoy said, calling for the cooperation of various political factions with the Kabul government on the process.
He also urged all neighbors of Afghanistan to lend their support to the Afghan peace efforts.
Eslami further noted that a military approach to the crisis in Afghanistan has failed to restore peace and security to the country, and the timeframe announced for the withdrawal of foreign troops from Afghanistan will be a wise move to prepare the grounds for the beginning of peace talks.
In a related front, earlier on January 04, Iranian Ambassador to Pakistan Mehdi Honardoost, in a meeting with Afghanistan’s Ambassador to Islamabad Atif Mashal, reassured that Tehran is resolute to see its neighbors in peace and security, and said that a trustful cooperation in the region is the only way leading to peace.
“We will continue our nexus to facilitate our esteemed countries cooperation,” Honardoost said.
The Iranian diplomat made the remarks in a meeting in Islamabad where he and Atif Mashal exchanged views on common interests and concerns about regional developments.
Also on January 03, Iranian President's Chief of Staff Mahmoud Vaezi said that his country strongly supports peace and stability in Afghanistan, adding that Tehran’s talks with Taliban are being held in coordination with Kabul.
On December 31, Iran confirmed talks with the Taliban to help the peace process, but meantime, stressed that negotiations with the Afghan group do not mean shared views or stances.
"A delegation from the Taliban was in Tehran yesterday and extensive talks were held at the foreign ministry with Deputy Foreign Minister for Political Affairs (Seyed Abbas) Araqchi," Foreign Ministry Spokesman Bahram Qassemi told reporters in Tehran.
"The main goal of the negotiations is finding a solution and grounds to facilitate assistance to the talks between the Afghan groups and the government of this country to help the peace process in Afghanistan," he added.
Qassemi underlined that talks with the Taliban "do not necessarily mean that Iran's positions are similar to those of the group", and expressed the hope that negotiations could yield results for the Afghan nation and establish security and stability in the country.
He also emphasized that the Afghan government was informed of Iran's talks with the Taliban, and added, "We are not the only country which has held talks with the Taliban and many other states also have interactions with them."
His remarks came as earlier this month the Pentagon acknowledged Iran’s key role in restoring peace and stability to war-torn Afghanistan, backtracking on Washington’s earlier claims that Tehran supports the local Taliban militant group.
“Iran seeks a stable Afghan government that is responsive to Iranian goals, the elimination of ISIS-K, the removal of the US/NATO presence, and the protection of Iranian concerns, such as water rights and border security,” the US Department of Defense said in a report sent to Congress.
The Pentagon also admitted Iran’s influence in Afghanistan, saying that Tehran pursues “a multitrack strategy” of engaging with the Afghan government and seeks to boost bilateral economic ties with Kabul.