Pakistan plans to complete the installation of a pair of nine-foot chicken wire fences, with a six-foot gap, and topped with barbed wire along the nearly 2,600-kilometer Afghan border 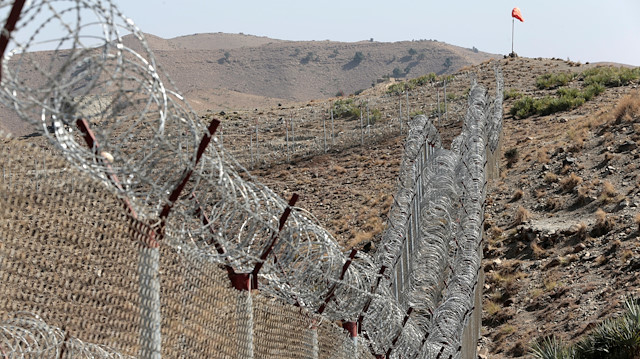 AVA- A unilateral Pakistani construction effort will have fenced off almost half of the country’s borders with neighboring Afghanistan within a few months, according to military officials.
Pakistan plans to complete the installation of a pair of nine-foot chicken wire fences, with a six-foot gap, and topped with barbed wire along the nearly 2,600-kilometer Afghan border.
Islamabad has constructed almost 900 kilometers of the wiring and will complete the fencing by mid-2019, according to army spokesman Major-General Asif Ghafoor.
The move comes in anticipation of a “terrorism spill over” ahead of a looming U.S. troop withdrawal from the war-torn country, which prompted Pakistan to accelerate its efforts at securing the border.
“It is going to be a mess whether Afghanistan is excited by the U.S. in an announced and organized way or abruptly. We are doing this fencing with speed. We will not let that thing (terrorism) come to Pakistan,” vowed Ghafoor.
Trump said on Thursday he would bring U.S. troops home if a peace deal was reached to end 17 years of war in Afghanistan.
He told CBS he would be open to keeping a small number of troops there as well as intelligence operations to monitor for “nests” of militant activity, according to the interview taped on Friday.
Pakistan and Afghanistan share 18 crossing points -- the most commonly used ones are Torkham and Chaman.
Pakistan hosts 1.5 million registered and over a million illegal Afghan refugees. The requirement of valid visas, mainly from Pakistan, was made compulsory since January this year.