The UN has released alarming details of casualties due to land mines in war-torn Afghanistan. 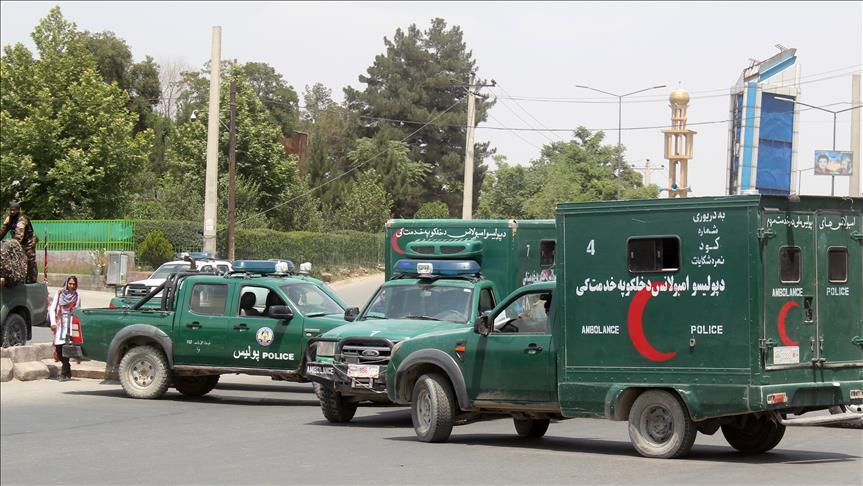 Land mines and other explosives cause 150 casualties a month, according to Patrick Fruchet, UN Mine Action Service (UNMAS) program manager for Afghanistan.
“In 2012, we were down to about 36 casualties per month in Afghanistan -- which is still enormous; those numbers jumped, those numbers jumped year-on-year,” Fruchet said late Wednesday in a statement, warning that UN officials and agencies are “struggling to handle significant increases in the number of minefields in Afghanistan.”

Fruchet said the spike in casualties was linked to intensifying conflict between government forces and the Taliban after 2014.

“The work of the UN agency and its partners is complicated by the fact that the authorities control only around half the country,” he noted.

“Children make up eight in 10 of ERW casualties,” he said.

UNMAS said that since 1989, more than 18 million ERW items have been cleared, along with more than 730,000 anti-personnel mines including over 750 improvised explosive devices (IEDs) and 30,145 anti-tank mines across the world.
“We are still in the prevention business and we aren’t doing all that well,” said Fruchet.
He said Afghan provinces under government control “are very friendly” but the rural areas “outside those capitals are not, and that is very often where we work”.
“Increased funding is critical to Afghanistan’s bid to be landmine-free by 2023,” he said, noting that the government’s $85.1 million appeal for clearance activities is only around 50 percent fulfilled.
Tags:
Afghanistan sees 150 land-mine casualties a month: UN
Source : Afghan Voice Agency(AVA)
Thursday 7 February 2019 12:51
Story Code: 179263 Copy text available
World Cup 2019 trophy to arrive in Kabul on Wednesday
Pakistan to Host Soon U.S.-Taliban Talks on Afghan Peace
Dostum wants responsible end to war with Taliban
Marble Factories Shutting Down in Afghanistan
Turkey won't step back in face of US sanctions threat: Erdogan
Featured news
Afghanistan faces humanitarian disaster as COVID-19 spreads undetected: IRC
Stefano Pontecorvo takes office as NATO’s CSR in Afghanistan
Afghan Traders Suffers Losses; Demand Clearance of Transit Cargo in Pakistan
545 New COVID-19 Cases Reported in Afghanistan
UN Chief Thanks Qatar Amir for Humanitarian Aid to Kabul
Australian soldiers formally accused of war crimes in Afghanistan
1
India should tie up with allies to play the ‘Great Game’ in Afghanistan
2
Seven Afghan local soldiers killed in Taliban attack in Parwan: official
3
Inaugural US-Afghanistan-Uzbekistan trilateral meeting held via video link
4
Protests flare across US over police killing of African Americans
5
Pullout of 8,000 Troops by November Not Only Option: Esper
6
UN Security Council ‘will not Lift’ Taliban Sanctions: Russian Envoy
7
NATO Deputy Secretary-General: ‘Fully Committed’ to Afghanistan
8
Afghanistan's Mass Release Of Taliban Prisoners Revives Peace Process, But Seen As 'Big Gamble'
9
Taliban Rubbishes Claim of ‘Turmoil, Infection and Discord’ Among Senior Leaders
10
If Trump is serious about getting out of Afghanistan, he should do it now, not next summer