Amid plans to withdraw 1,000 or more American troops from Afghanistan, several key U.S. lawmakers, after meeting with President Ashraf Ghani on Saturday, warned against a wider drawdown like the one President Donald Trump has planned for Syria. 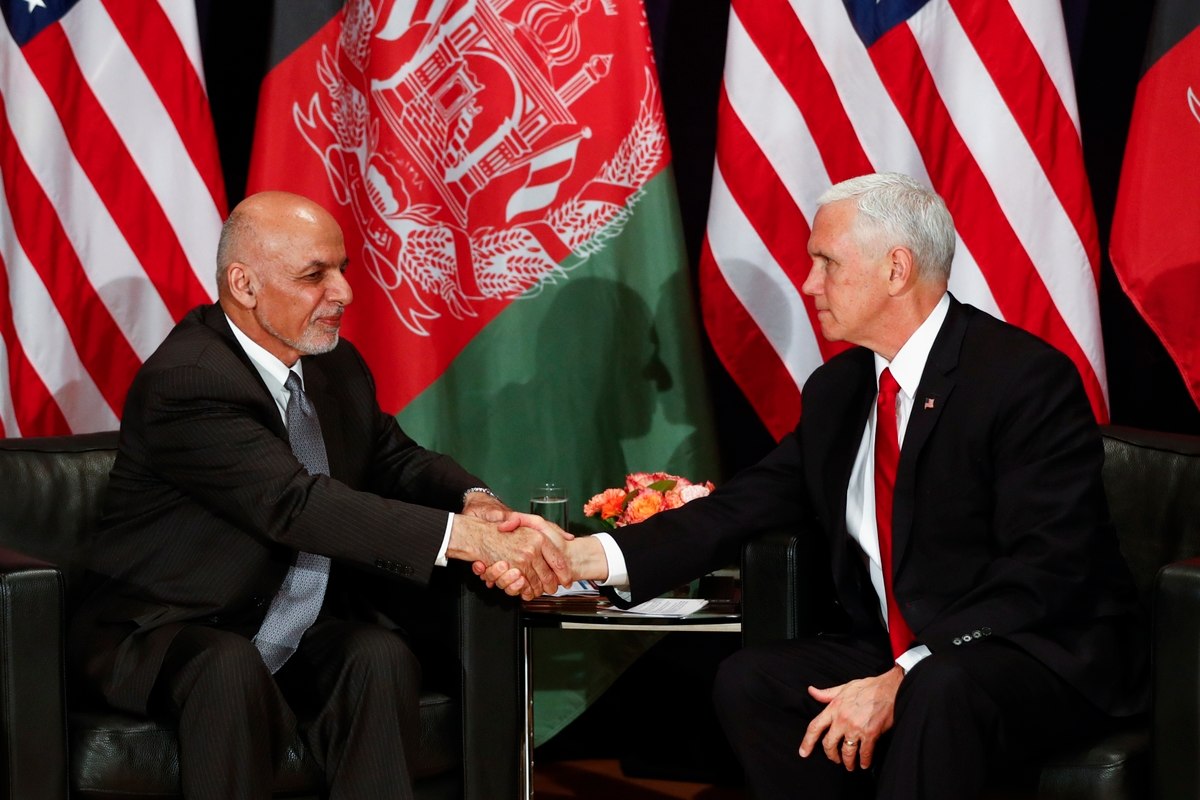 AVA- Lawmakers said Ghani spoke with them on the sidelines of the Munich Security Conference about the Afghan peace process, the U.S. troop presence and recent Russian involvement.
The bipartisan group included Senate Armed Services Committee Chairman Jim Inhofe, House Armed Services Committee ranking member Mac Thornberry, and both Senate Foreign Relations Committee Chair Jim Risch, R-Iowa, and ranking member Bob Menendez, D-N.J. There are roughly 50 U.S. lawmakers at Munich, the largest American delegation in the conference’s history.
German Chancellor Angela Merkel and U.S. President Mike Pence separately met Ghani at Munich, just days after Trump made a speech to Congress making the case for drawing down the number of American troops in the Middle East and Afghanistan. At the time, Trump called U.S. talks with the Taliban “constructive” and said, “the hour has come to at least try for peace.”
Addressing the conference on Saturday, Merkel questioned the wisdom of a rapid U.S. withdrawal from Syria and Afghanistan, among other unilateral moves undertaken by the Trump administration. She cautioned that the NATO mission in Afghanistan is dependent upon U.S. participation.
In the closed-door meeting with lawmakers Saturday, Ghani is said to have expressed confidence that Trump’s decision to withdraw will be based on conditions in Afghanistan.
“He presents a strong case for our participation in helping him with his mission,” Inhofe, R-Okla., said of Ghani. “He wants to maintain as heavy a [U.S. troop] presence as he can.”
Asked if he supported Trump’s decision to withdraw from Afghanistan, Inhofe said, “That’s [Trump’s] decision to make," with the caveat: "Not withdrawing all our troops.”
Even before any peace push-related drawdowns, the U.S. military is expected to trim troop levels in Afghanistan as part of an efficiency drive, U.S. Central Command’s Gen. Joseph Votel told Reuters on Friday, estimating the cuts may exceed 1,000 forces.
Votel said the decision to reduce some of the roughly 14,000 American forces in Afghanistan was made by Army Gen. Scott Miller, who took over the more than 17-year war effort in September, to make better use of U.S. resources.
“Some adjustment in numbers makes sense, the key is keeping pressure on the Taliban and terrorists,” said Thornberry, R-Tex., just after leaving the meeting with Ghani. “I do not think it’s appropriate to relieve the pressure in any way. As a matter of fact, I think that will hurt the peace process.”
A day after Sen. Lindsey Graham, R-S.C., told the conference the U.S. will look to allies to step in as it draws down from Syria, Thornberry reiterated his belief the Trump administration’s plans to withdraw from Syria completely are “a mistake.”
“I think it will be challenging to ask others to take our place if we [have] just bailed totally,” Thornberry said.
Sen. Jeanne Shaheen, a member of the Senate Armed Services and Foreign Relations committees, said a U.S. withdrawal, “should be based on conditions, not an arbitrary schedule.
“We heard a lot of concerns from this president and others about former presidents setting arbitrary schedules to withdraw. I don’t think that’s what we should do,” said Shaheen, D-N.H. “I am concerned about that, and I’m concerned about that in Syria.”
As Trump has sought an exit from Afghanistan, Russia has stepped in. Earlier this month, Moscow hosted talks between Taliban representatives, regional leaders and former Afghan President Hamid Karzai.
According to Shaheen, Ghani acknowledged that those talks sent “a mixed message,” and Ghani told lawmakers that he is Afghanistan’s legitimate authority.
“We agreed with that,” Shaheen said.
Speaking on the sidelines at Munich, James Stavridis, who oversaw the Afghanistan fight as a former supreme allied commander at NATO, said the time is ripe for a solution in Afghanistan. The Taliban, Pakistan and Washington are ready to bring an end to the conflict, and “President Ghani understands that U.S. patience is wearing thin,” he said.
Stavridis, who commanded 150,000 troops in Afghanistan, argued that the U.S. must maintain its 14,000 troops and allies their 7,000 troops, to motivate the Taliban to stay part of peace talks as those talks evolve to include the Afghan government.
To the former Navy admiral, 1,000 troops seemed somewhat negligible, but a dramatic announcement, like Trump made for Syria in December, would be worrisome.
“This is not the time to be withdrawing a significant number of troops,” Stavridis said. “To the degree Congress has a role to play, they should be pressuring the administration to stay in the game.”