Police arrest 2 women, a guy over robbery cases in Kabul

Police officials on Sunday said two women and a guy were cough red-handed over different robbery cases in the capital Kabul. 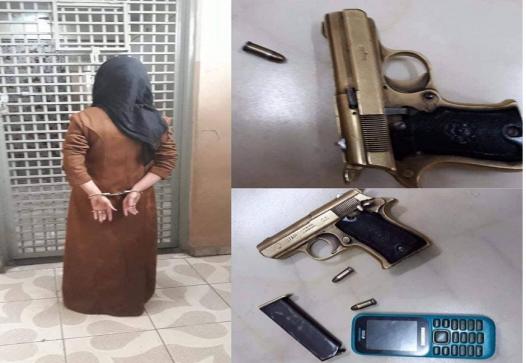 AVA- Basir Ahmad Mujahid, spokesman to 101 Asmayee Police Zone of Kabul, told media that that police forces arrested a woman named Shukuria who took money and two mobile phones of a man by threatening him with a pistol, in Tarafic Square in Kabul city on Saturday evening.
He said that the woman got in a vehicle as a passenger pointed her pistol to the driver and took his mobile phones and some money and then managed to flee.
The driver immediately shared the issue with police forces who were on patrol in the area and police found and arrested the robber on a short period of time, Mujahid said.
He said that the woman was currently under investigation.
In another case, Mujahid said that a guy and a girl who were stealing people’s belongings using motorcycle in Kabul were also arrested.
The two robbers were arrested after they stole a handbag and a mobile phone of a person and were on run from police, he said.
He added the girl named Tofan and wore male clothes confessed she was engaged in robbery activities in the recent past. He said the two were under investigation.