US rushing to give Saudi sensitive nuclear technology: Congressional report

A congressional report reveals that the United States is rushing to transfer “highly sensitive nuclear technology” to Saudi Arabia, with President Donald Trump being “directly engaged” in the push. 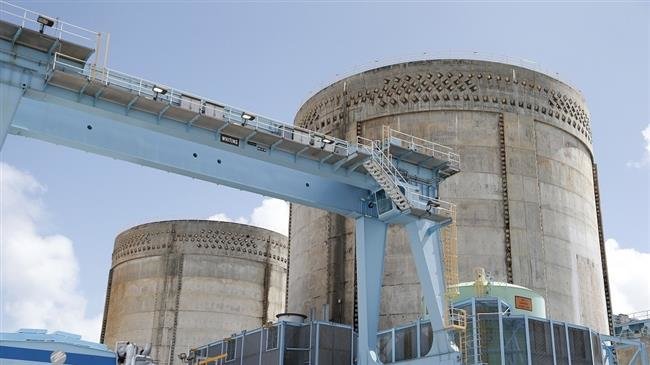 AVA- The House of Representatives’ Oversight and Reform Committee released the 24-page report on Tuesday, listing the actions taken by the Trump administration in an attempt to win government support for American firms to construct nuclear power plants in Saudi Arabia, in what could increase the risk of spreading nuclear weapons technology.
The report is based on whistleblower accounts and documents showing communications between administration officials and nuclear power companies.
“Experts worry that transferring sensitive U.S. nuclear technology could allow Saudi Arabia to produce nuclear weapons that contribute to the proliferation of nuclear arms throughout an already unstable Middle East,” says the report.
The House panel has opened an investigation into case.
The report said the probe was “particularly critical” because the administration’s efforts to hand over the technology to the kingdom appear to be ongoing.
Trump is reportedly “directly engaged in the effort.”
Why the hurry?
The report, meanwhile, questioned why the push was characterized by such haste.
It said the House panel had obtained additional documents bolstering earlier whistleblower concerns about potential illegalities and conflicts of interest facing top White House aides, whom it accuses of advancing the push.
The document names some of the officials as former National Security Advisor Michael Flynn, Energy Secretary Rick Perry, Trump’s son-in-law and senior advisor Jared Kushner, and Tom Barrack, the president’s inaugural committee chairman.
The report also implicates some firms linked to the president in contributing to the drive.
The commercial entities named are IP3 International, a private company, which has reportedly organized a group of US companies to build “dozens of nuclear power plants” in the kingdom, ACU Strategic Partners, a nuclear power consultancy group, Colony NorthStar, Barrack’s real estate investment firm, and Flynn Intel Group, a consultancy and lobby group.
The House report divulges communications between Trump administration officials and nuclear power companies.
It states that “within the US, strong private commercial interests have been pressing aggressively for the transfer of highly sensitive nuclear technology to Saudi Arabia.”
Big bucks
These commercial entities could “reap billions of dollars through contracts associated with constructing and operating nuclear facilities in Saudi Arabia,” it adds.
Saudi Crown Prince Mohammad bin Salman laid the foundation of the kingdom’s first nuclear research reactor last November amid nuclear talks with the United States.
The report also says that private commercial interests inside the US are behind the push to trust Saudi Arabia with the “highly sensitive technology.”
Riyadh has refused to agree to safeguards, which ban it from using nuclear technology for military purposes.