Afghanistan on Wednesday summoned Pakistani Ambassador Zahid Nasrullah Khan over his remarks that any Indian adventurism against Pakistan could affect the on-going peace talks. 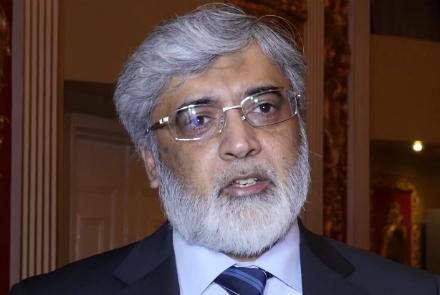 AVA- An Afghan local media outlet News agency quoted ambassador Zahid Nasrullah Khan as saying that Afghan peace talks may suffer a setback if India resorted to military action against Pakistan following the suicide attack in Indian-Held Kashmir that killed over 40 Indian security personnel last week.
“Today @mfa_afghanistan summoned Pakistani ambassador and handed him a diplomatic démarches, in protest to his latest statement,” Afghan Deputy Foreign Minister Idrees Zaman wrote on Twitter.
A Pakistani diplomatic source in Kabul confirmed that the ambassador was summoned.
“Yes, we were called,” the source said while talking exclusively to Daily Times, refusing to offer more comments.
The Afghan foreign ministry later in a statement described the Pakistani envoy’s remarks as “irrelevant and in contradiction with Pakistan’s commitments with regard to realising peace in Afghanistan”.
The statement called on Pakistan to “act upon its commitments with regards to Afghanistan, particularly those in relation to peace and refrain from making irrelevant statements that do not help solve any problem”. It said Afghanistan has always wanted a reduction in any tension in the region and the differences to be resolved through dialogue and peaceful means. Afghan media quoted the Pakistani ambassador as asking the Indian government to share “credible evidence” regarding its claim of Pakistan’s hand in the attack.
Comments by Pakistani ambassador came amid a series of statements by Indian leaders, including Indian Prime Minister Narendra Modi, who warned Pakistan it will pay a “heavy price” for the attack. The envoy also warned India of befitting response if New Delhi resorted to military option in the wake of recent attack on its soldiers.
Jaish-e-Muhammad group, which was banned in Pakistan in 2002, claimed responsibility and the group posted video of the bomber, identified as Adil Ahmad Dar, 20, who joined the militancy in March last year, according to the Indian media. In the video posted on social media after the attack, Dar said he was taking revenge of human rights violations in occupied Kashmir.