Pakistan's army warns that it will respond to any attack by India with "full force" amid a freighted atmosphere surrounding the ties between the two nuclear-armed neighbors regarding Kashmir. 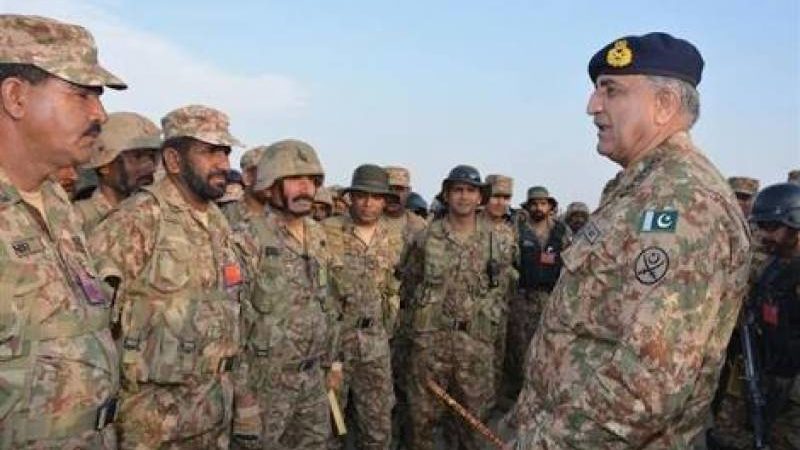 AVA- “We have no intention to initiate war, but we will respond with full force to full spectrum threat that would surprise you,” Pakistani army’s spokesman Major General Asif Ghafoor told reporters in the garrison city of Rawalpindi on Friday.
“Don’t mess with Pakistan,” he added.
He emphasized that if any war is imposed on Islamabad, it reserves the right to respond.
Ghafoor's warning came a week after the Pakistan-based militant group Jaish-e-Mohammad (JeM), one of the several armed outfits fighting Indian rule over Kashmir, took responsibility for a deadly car bombing in Indian-controlled Kashmir.
At least 44 Indian paramilitary personnel were killed and dozens more wounded after a bomber rammed an explosive-laden car into a military convoy in Kashmir on February 14.
Following the incident, India's Foreign Secretary Vijay Gokhale called Pakistan’s Ambassador to New Delhi Sohail Mahmood, and “issued a very strong demarche in connection with the terrorist attack in Pulwama.”
India’s Prime Minister Narendra Modi also vowed a strong response to those behind the attack.
“I want to tell the terrorist groups and their masters that they have committed a big mistake. They have to pay a heavy price,” he said after an emergency cabinet meeting.