Rescuers on Wednesday recovered eight bodies and rescued 37 people alive from the wreckage of a collapsed four-storey building in the Nigeria's economic capital Lagos. 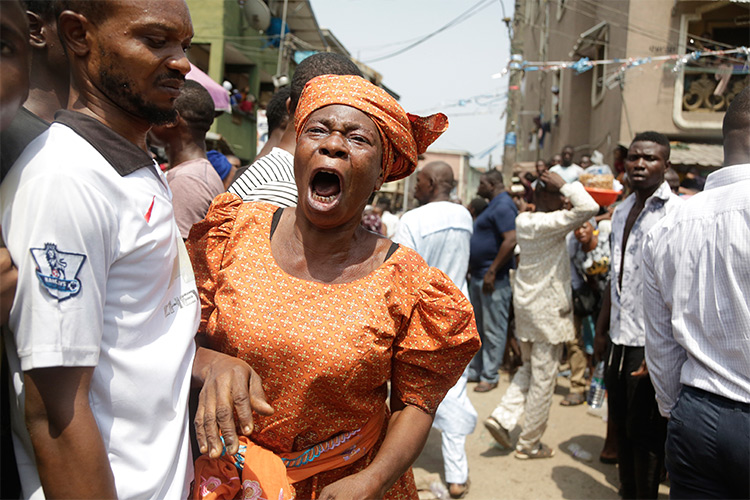 Children had been attending an "illegal school" inside the residential building when the structure collapsed, officials said.
"Thirty-seven people were rescued alive and eight were recovered dead," Ibrahim Farinloye of the National Emergency Management Agency (NEMA) said in a statement.
Earlier officials said dozens of children were trapped inside the building which collapsed mid-morning in an area near Itafaji market on Lagos Island.
In chaotic scenes, panicked parents, local residents and shocked onlookers rushed to the area as police, firemen and medics staged a massive rescue operation.

Blood and dust
A young man helping rescue efforts who gave his name only as Derin said "at least 10 children" were trapped inside but "thought to be alive".
An AFP reporter at the scene saw at least eight people pulled from the wreckage, including a small boy with blood on his face.
Covered in dust, he was alive but unconscious and appeared to be badly hurt.
One local resident who witnessed the moment of collapse said there was no warning.
"We were smoking outside when the building just collapsed," Olamide Nuzbah told AFP in pidgin English.