Sheikh Mohamed bin Zayed Al Nahyan, Crown Prince of Abu Dhabi and Deputy Supreme Commander of the UAE Armed Forces, and President Ashraf Ghani of Afghanistan, have witnessed the signing of a number of memoranda of understanding, MoUs, between the UAE and Afghanistan in education, culture and sport sectors with the aim to promote and develop joint cooperation between the two countries. 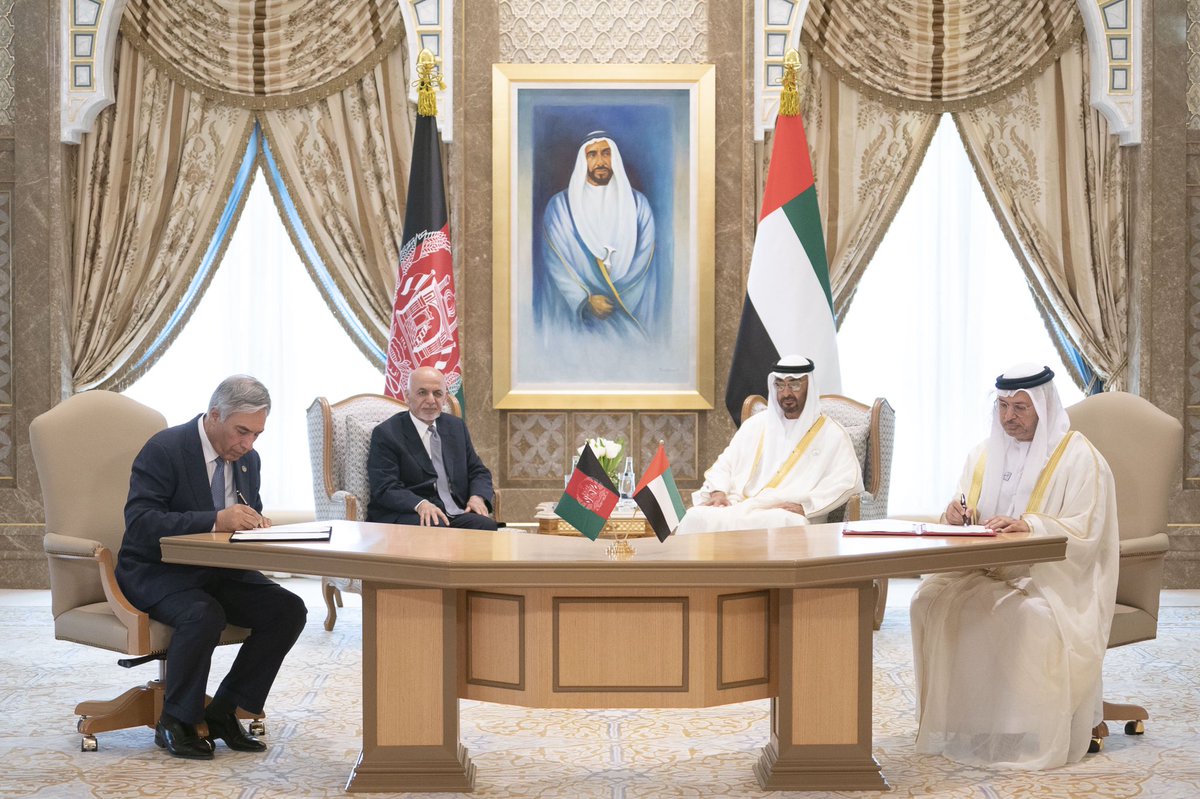