A passenger plane carrying 100 people aboard has caught fire after landing at Tehran's Mehrabad airport, but there have been no reports of injuries. 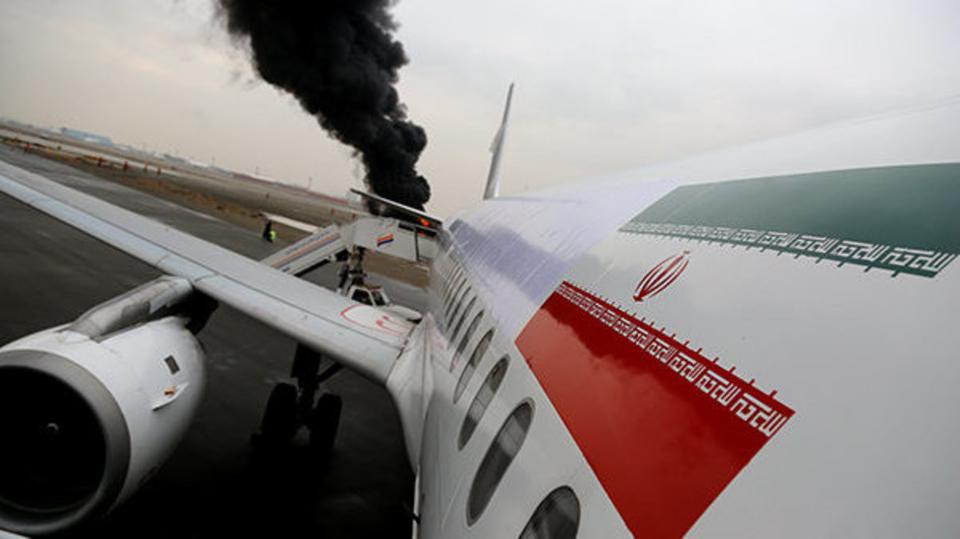 AVA- Fars news agency quoted the head of Tehran's emergency department, Peyman Saberian, as saying that passengers had been evacuated safely after the Tuesday night incident while rescue operations were still underway.
He added that ambulances had been dispatched to the scene and emergency services were tackling the fire.
Mehr news agency of Iran said the Iran Air flight from Kish to Tehran was forced to make an emergency landing due to landing gear failure, but Fire Department personnel managed to extinguish the flame and no one was injured.