Russia has confirmed and defended sending military experts to Venezuela, saying the dispatch is based on a military-technical cooperation agreement signed by the two countries in 2001. 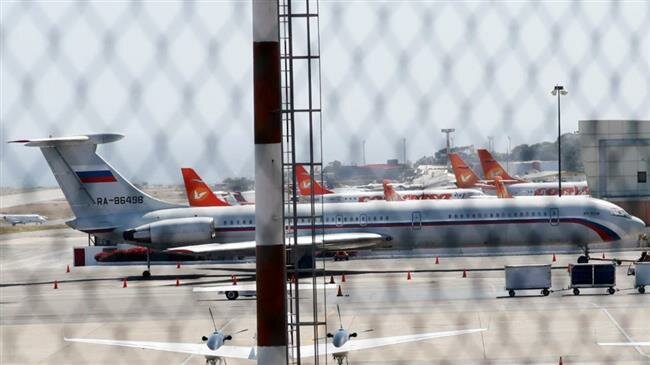 AVA- Asked to comment on earlier reports about the arrival of two Russian planes in Venezuela, Russia’s Foreign Ministry spokeswoman Maria Zakharova said military experts had been dispatched to Venezuela under a bilateral agreement inked 18 years ago, RT reported on Tuesday.
“The Russian Federation develops its cooperation with Venezuela in strict compliance with the constitution of this country and with full respect to its legislative norms. Russian [military] specialists’ presence on the territory of Venezuela is regulated by the defense cooperation agreement that the Russian and the Venezuelan governments signed in May 2001,” she said.
Zakharova said the 2001 cooperation deal “doesn’t require any additional approval by National Assembly of Venezuela,” which has been declared defunct by the government.