U.S. Special Envoy for Afghanistan Reconciliation Ambassador Zalmay Khalilzad says that important steps have not been taken for the launch of an intra-Afghan dialogue to end the long-lasting war in Afghanistan. 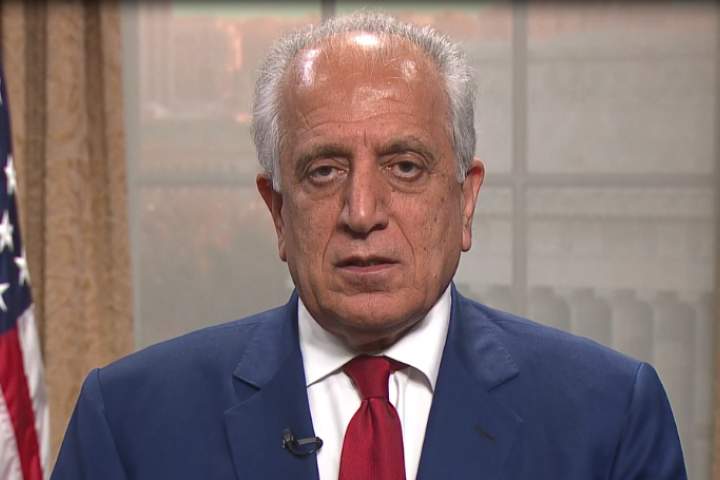 Speaking in a video message to the Afghan youth at the U.S. Embassy in Kabul, Khalilzad once again emphasized the need for preserving the achievements of the last 18 years.
Ambassador Khalilzad said that he has negotiated the withdrawal of foreign forces from Afghanistan in exchange that the insurgent group would guarantee that Afghanistan would not harbor terrorists who could threaten Americans or their allies.
However, he emphasized that important steps have not been taken for the launch of an intra-Afghan dialogue between the Afghan government and the Taliban insurgent group and “nothing is agreed until everything is agreed”.
“So far there is no improvement regarding a permanent ceasefire and ending the war. Agreement over all these issues will take time,” Khalilzad said.
In addition, he reiterated that the war in Afghanistan must end while preserving the gains of the post-2001.
Meanwhile, the U.S. Ambassador to Afghanistan John Bass says that Washington is committed for supporting Afghanistan and Afghans must also strive to bring peace and have a peaceful and dignified life.
Some Afghan youths say they are optimistic regarding the ongoing U.S. efforts for Afghanistan reconciliation.
Fawad Aman, a journalist in Kabul and a participant of the event said that Mr. Khalilzad has assured youths that there will be no deal over the achievements of the past years.
Another participant, Omid Wardak said that he is hopeful about the ongoing peace efforts.
This comes as Mr. Khalilzad has started the seventh round of his trips to Afghanistan, United Kingdom, Russia, India, Pakistan, and Qatar from April 21 to May 11 in order to facilitate a political settlement that end the conflict in Afghanistan.
Source : Afghan Voice Agency(AVA)
Wednesday 24 April 2019 17:14
Story Code: 183939 Copy text available
No agreement so far in Qatar peace talks: Afghan Taliban
Kabul Expects Ongoing Qatar Talks to Make Way for Intra-Afghan Dialogue
Envisioning Afghanistan After A Peace Deal
Special Representative for Afghanistan Reconciliation Zalmay Khalilzad Travels to Afghanistan, India, Pakistan, Qatar, Russia, and the United Kingdom, department of state
President encourages Taliban to join intra-Afghan dialogue
Featured news
UAE firm to invest in 3,000 MW solar power project in Afghanistan
Women and children among 10 killed, wounded in Kandahar roadside bomb explosion
Afghanistan, US, Uzbekistan Discuss Trilateral Cooperation
Russia receives orders from 20 countries for ONE BILLION doses of world’s first Covid-19 vaccine
Pompeo Says He Warned Russia Against Offering Bounties for US Soldiers
21 Civilians Killed in 10 Days in Arghistan District of Kandahar: AIHRC
1
Loya Jirga decides that 400 hard-core Taliban prisoners should be released
2
9 members of a single family wounded in Taliban mortar attack in East of Afghanistan
3
US to cut troop levels in Afghanistan
4
Terrorists trained by Pakistani commandos in Afghanistan planning attacks in Kashmir: Report
5
Nabil: Pakistan Is Never Trustworthy
6
U.S. plans to withdraw more than 4,000 troops from Afghanistan by end of November
7
Intra-Afghan Talks to Begin on August 16 in Doha: State TV
8
Pakistan steadfast for inclusive Afghan settlement: FM
9
Taliban expresses readiness to hold peace talks with Afghan govt
10
Khalilzad Expects Prisoners' Release in 'Next Few Days'