On April 19, talks between Afghan officials and Taliban insurgents that were scheduled to begin in Qatar on Friday were canceled. The talks set to have in Qatar aimed to negotiate on ending the war in Afghanistan and to withdraw U.S. troops. After suffering 17 years of war, where is Afghanistan going in the future? 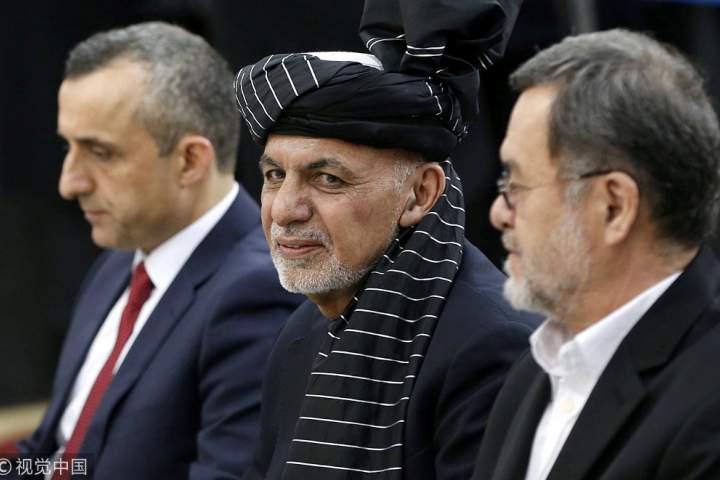 AVA- CGTN's Sean Callebs just returned from Pakistan. He talked about his trip and the interview with Afghanistan's former president Hamid Karzai.
In the interview, Karzai expresses a positive attitude towards the future relationship with the Taliban and hopes the country remains peaceful while developing relations with the international community.
In order to achieve a peace talk, the main problem is how Afghanistan will move forward with its biggest enemy of a generation – the Taliban.
To Karzai, the two-day talks between the Taliban and Afghan opposition representatives in Moscow in February were meaningful for their relationship.
“Immediately we were all Afghans,” says Karzai. “Immediately we were all wishing for peace in Afghanistan.” He thinks that the Taliban is essentially Afghanistan, and the two could have had a peace talk earlier.
He indicates that Pakistani people have been tremendously friendly to Afghanistan's people for the past 40 years. The conflict between the two countries is within the government, not the people. He believes the two countries can achieve peace if Pakistan is willing to establish a dignified friendship.
Karzai mentioned his appreciation for the U.S. and Western efforts to help with developing education and various resources in Afghanistan.
“We were never against the U.S. presence in Afghanistan,” he said. In Karzai's opinion, he doesn't mind U.S.'s own ambition in having power in the country, but he wanted the U.S. to be a contributor to stability and peace in Afghanistan.
Instead of making Afghanistan a place of confrontation for other big powers, Karzai wants Afghanistan to “become a place of positive rivalry." He thinks both China and Russia would want to see such a result as well.
Regarding Afghanistan's involvement in China's Belt and Road Initiative (BRI), Karzai considers it as a hugely-beneficial project that will help with Afghanistan's stability and economic well-being.
Karzai indicates that he will not seek any power in any form in the future, and being united is the most important thing to behold for his nation.
Although Karzai is taking an optimistic approach, the reality stays. Callebs points out many issues have still yet to be addressed.
For instance, the current president Ashraf Ghani did not participate in the peace meeting in Moscow. To him, the efforts to push for peace might actually take away his authority and make him a vulnerable candidate.
While violence and wars are still happening in Afghanistan every day, its journey to peace will take time.