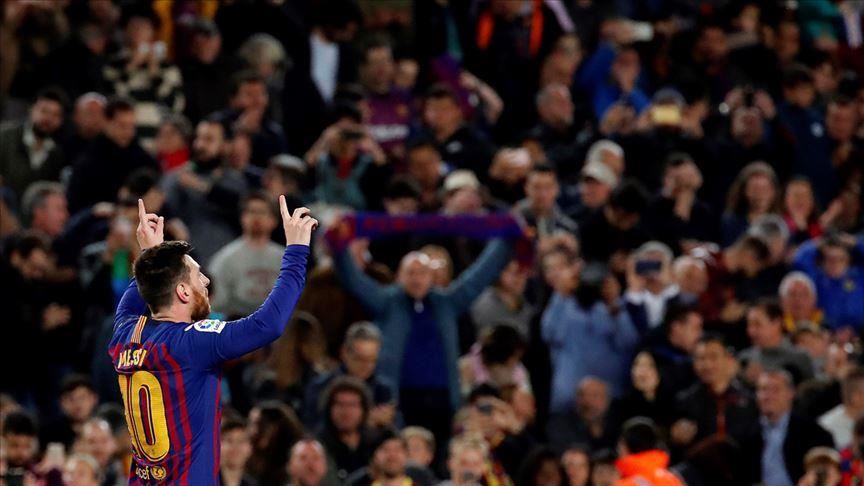 AVA- With three matches to spare in the Spanish league, Barcelona won their 26th league title in the club history following the victory at Nou Camp, Barca's home ground.
The club's Argentine superstar Lionel Messi came off the bench and netted the only goal of the game in the 61st minute.
League leaders Barca secured the 9 point gap against Atletico Madrid, who are currently in the second spot in the Spanish league standings.
After the match, Barcelona players celebrated their domestic triumph as team captain Messi lifted the cup.
In the last 11 years, Barcelona dominated La Liga, winning 8 league titles.
In this period, the Spanish football powerhouse won La Liga campaign in 2009, 2010, 2011, 2013, 2015, 2016, 2018 and lastly 2019.